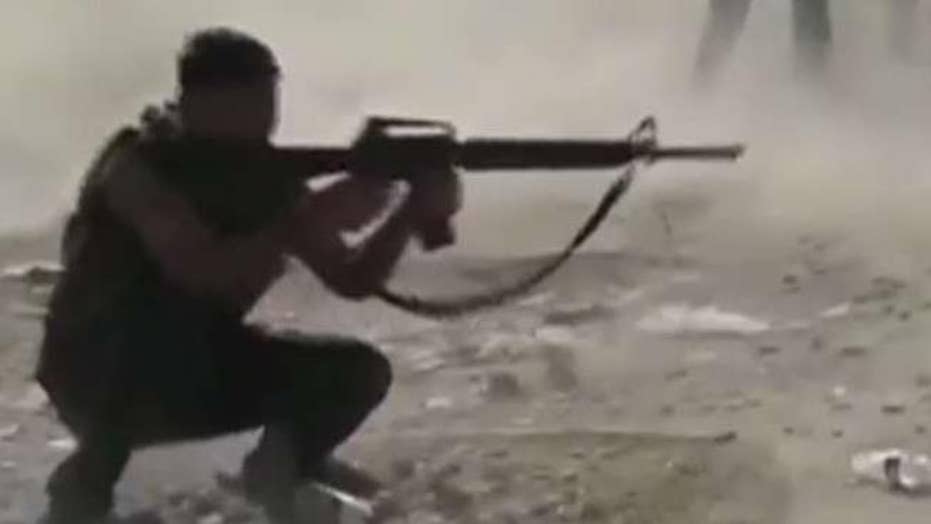 Turkish, Kurdish forces accuse each other of violating cease-fire in Syria

House Speaker Nancy Pelosi and other U.S. lawmakers announced late Saturday U.S. time that they had arrived in Jordan for meetings with King Abdullah II and other officials regarding the situation in Syria.

Although touted as a "bipartisan" delegation, the group includes just one Republican -- Rep. Mac Thornberry of Texas, ranking member of the House Armed Services Commitee. Thornberry is among a group of Texas Republicans who've announced they won't seek reelection in 2020.

REP. PAUL GOSAR: TRUMP WAS RIGHT TO WITHDRAW TROOPS FROM SYRIA -- WE SHOULD PROTECT US BORDERS INSTEAD

“Our bipartisan delegation is visiting Jordan at a critical time for the security and stability of the region,” Pelosi said in a statement.  “With the deepening crisis in Syria after Turkey’s incursion, our delegation has engaged in vital discussions about the impact to regional stability, increased flow of refugees, and the dangerous opening that has been provided to ISIS, Iran and Russia.”

Pelosi and other members of the U.S. delegation met with Abdullah, who has been king of Jordan since 1999, as well as Crown Prince Al Hussein bin Abdullah II, Prince Feisal bin Al Hussein, Foreign Minister Ayman Safadi and other senior Jordanian officials, according to Reuters.

Jordan is located directly south of Syria. The two nations share a border that is about 233 miles long.

The talks in Jordan come as both Turkey and the Kurdish-led Syrian Democratic Forces (SDF) claim the other side is violating terms of a 120-hour cease-fire brokered by the U.S. and Turkey on Thursday.

President Trump has also taken criticism from some Republicans for his recent decision to pull U.S. troops out of Syria. Critics from both parties contend that the move has left Syria's Kurds vulnerable to attacks by Turkish forces and increased the likelihood of an ISIS resurgence in the region.

But other lawmakers, such as Rep. Paul Gosar, R-Ariz., and Sen. Rand Paul, R-Ky., have defended the president's move.

In what was seen as a bid to temper some of the criticism, Trump earlier this month announced a pledge of $50 million in humanitarian aid to Syria.