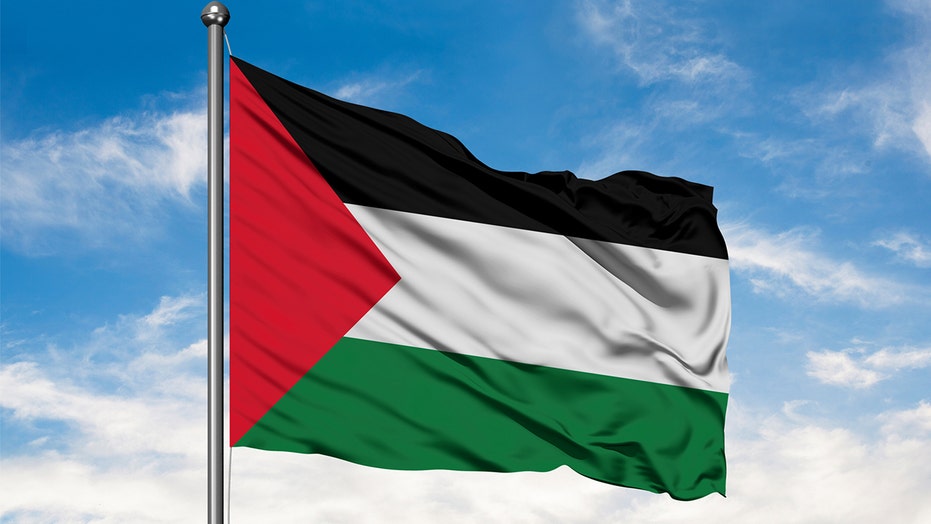 The Palestinian Authority's current school curriculum “is more radical than the curriculum that came before” and “is suffused with ideas of martyrdom [and] Jihad,” according to an international monitoring organization.

IMPACT-se, a research and policy institute that analyzes how textbooks measure up to (UNESCO) standards for acceptance, peace and tolerance, claimed the curriculum encouraged children to martyr themselves, and even to count martyrs in math problems like most children would count apples.

“Looking at textbooks across the Middle East we have seen improvements," IMPACT-se’s CEO Marcus Sheff told Fox News Tuesday. "That is certainly true to the Jordanian curriculum, the Tunisian curriculum is of a good standard and we are seeing improvements in Egypt."

“Unfortunately the opposite is true of the Palestinian curriculum," Sheff said. "A new, reformed curriculum was put in place between 2016 and 2019 and it is more radical than the curriculum that came before.”

He added that the current curriculum “encourages school children to sacrifice themselves" and claimed, "content relating to peace with Israel has been purposefully taken out of the curriculum."

Sheff told Fox News that the institute’s research found that social studies, history and Arabic textbooks in the Palestinian Authority for grades 2 through 12 included “problematic content.” He added that the institute also found "problematic content in science, including teaching math by asking young people to do addition of [the number of] martyrs in the First Intifada and in the Second Intifada and asking them how many martyrs, instead of using counting apples as many students around the world are asked.”

The First Intifada was a Palestinian uprising against the Israeli occupation of the West Bank and Gaza that began in December 1987 and resulted in the deaths of more than 2,000 people. The Second Intifada began in September 2000 with calls for violence following then-Israeli Prime Minister Ariel Sharon’s visit to the Temple Mount, a holy site for Jews and Arabs in Jerusalem. More than 4,000 people were killed in the following weeks after Palestinian leaders unleashed a deadly wave of suicide bombings.

IMPACT-se and other organizations also presented examples of anti-Israeli and anti-Jewish content in Palestinian textbooks last month at the 99th session of the U.N. Committee on the Elimination of Racial Discrimination (CERD) in Switzerland.

"For the first time a United Nations committee called on the Palestinians to halt hate speech following IMPACT-se’s presentation to the committee (CERD) of anti-Semitism and hate in Palestinian textbooks,” said Sheff, referencing a report issued by CERD last week which he said included unprecedented wording.

Sheff also noted that legislation introduced in the United States in April of this year has the goal of preventing hate in school curricula.

“Legislation passing through the House Foreign Affairs Committee, H.R.2343, is an opportunity for the U.S. Congress to add its voice to that of the European Parliament and the United Nations in demanding that the hate in the curriculum is removed once and for all,” Sheff said.

The legislation, known as the Peace and Tolerance in Palestinian Education Act, would “require the Secretary of State to submit annual reports reviewing the educational material used by the Palestinian Authority or the United Nations Relief and Works Agency for Palestine Refugees in the Near East in the West Bank and Gaza, and for other purposes.”

The bill says the new Palestinian curricula “fail to meet the international standards of peace and tolerance” and textbooks “demonize Israel, encourage war, and teach children that Palestinian statehood can be achieved through violence.”

The legislation is sponsored by Rep. Brad Sherman, D-Calif., and has bipartisan support, including from Rep. Lee Zeldin, R-N.Y.

Sheff told Fox News despite the protests from Europe, the U.S. and the U.N., nothing has changed.

“[It's] the first week of the new school year and no changes have been made,” Sheff said. “The Palestinian Authority is ignoring international institutions’ concerns over hate in its curriculum.”

He went on to say, “What is clear is it is a strategic decision by the Palestinian Authority to radicalize 1.3 million school children. This curriculum was not created by accident.”

Sheff said IMPACT-se will continue to present its findings to Congress, the U.N. and legislators around the world, “particularly those donor countries that fund the Palestinian Ministry of Education.”

He said the institute will continue to demand that the curriculum is changed and that "Palestinian children are taught that the way to resolve conflict is through peacemaking and not continual war.”