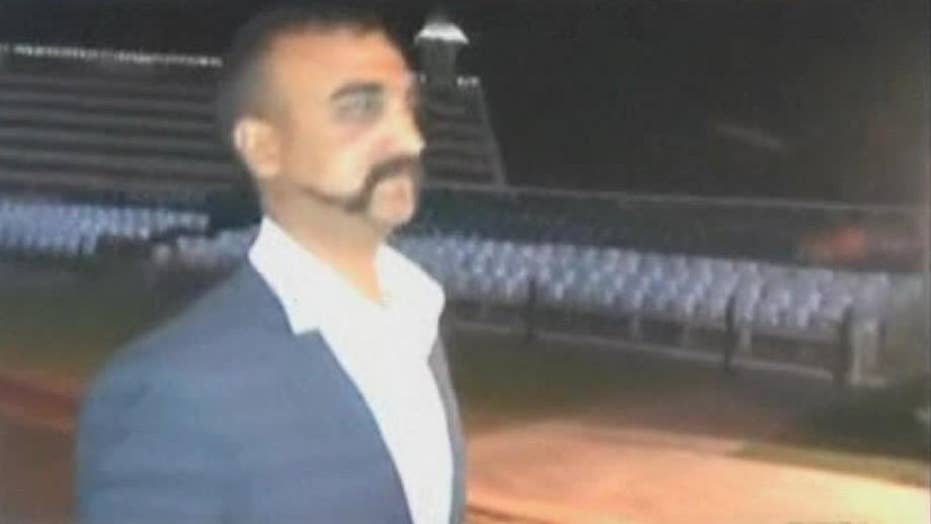 Pakistan’s government on Friday handed over a captured Indian pilot fulfilling its promise to return the downed aviator in a 'gesture of peace' in the wake of a military escalation between the two nuclear-armed neighbors.

Pakistan on Friday returned a captured Indian pilot whose plane was shot down in their territory, in an attempt to de-escalate mounting tensions between the two nuclear-armed neighbors.

The officials brought the pilot, Wing Commander Abhinandan Varthaman, to a border crossing with India for handover after Pakistani Prime Minister Imran Khan made the commitment on Thursday.

The pilot was escorted by Pakistani military vehicles with soldiers who had their weapons drawn. On India’s side there were policemen lined up along the road while a huge crowd of Indians waved the country’s flag and welcomed the pilot back.

An Indian waves national flag as others shout slogans ahead of welcoming back their pilot from Pakistan. (AP Photo/Prabhjot Gill)

The return of the pilot marks a possible de-escalation of the tensions between Pakistan and India that brought the two countries on the brink of the war over the disputed Himalayan region of Kashmir.

World powers have been watching the situation in Asia unfold with unease and called for de-escalation after a Feb. 14 suicide bombing killed over 40 Indian paramilitary troops in Kashmir.

The Indian government retaliated on Tuesday with a pre-emptive air strike on militants inside Pakistan who were supposedly responsible for the suicide bombing. It was the first such strike in the neighbor’s territory since the 1971 war between the two countries over the territory that later became Bangladesh.

Pakistan preparing to hand over a captured Indian pilot. Shelling continued for a third night across the disputed Kashmir border even as the two nuclear-armed neighbors seek to defuse the most serious confrontation in two decades. (AP Photo/Prabhjot Gill)

On Wednesday, Pakistan said it shot down two Indian aircraft. It later aired a video of the Indian pilot, further infuriating the Indian officials.

Yet while the return of the pilot will ease the tensions, India has made it clear that it will take a pro-active strategy when it comes to terrorism and won’t hesitate to strike targets if they get information indicating the militants are planning an attack on India.

Indian Prime Minister Narendra Modi said earlier this week that “India’s enemies are conspiring to create instability in the country through terror attacks.”

Pakistan has partially reopened its airspace on Friday and permitted travel to four major cities, aviation officials said in a statement on Friday. 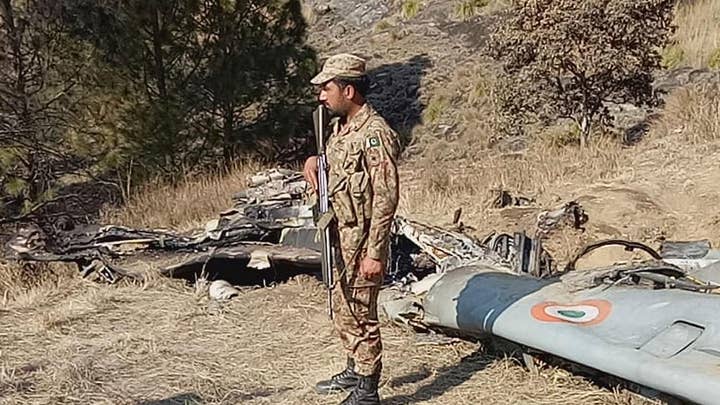 The statement is yet another sign that tensions with India may be de-escalating. The four cities where domestic and international flights will be allowed to and from are Karachi, Islamabad, Peshawar and Quetta, Pakistan’s civil aviation authority said in the statement.

It said other airports, including the one in the eastern city of Lahore that borders India, will remain closed until March 4.

The fight over Kashmir dates back to 1947 when Britain granted independence to the region. It divided the Indian subcontinent into a predominantly Hindu India and mostly Muslim Pakistan.

Both India and Pakistan are believed to possess more than 100 nuclear warheads each and have conducted atomic weapon tests. Both countries have test-fired nuclear-capable missiles.