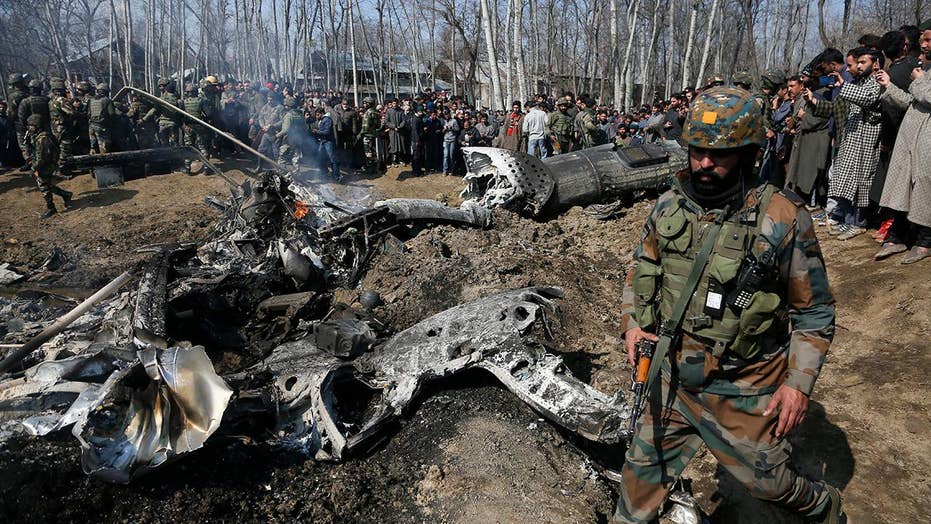 ​​​​​Pakistan shoots down Indian planes, captures pilots<br><br>​​​​​​​​​​​​​​Two Indian jets are shot down over Pakistan-controlled Kashmir, increasing tensions between the two nuclear-armed rivals over the militarized region. Rep. Waltz explains what it means for the region and world.<br>

Pakistan’s release of a video showing a captured Indian pilot may have violated the Geneva Conventions intended to protect prisoners from “insults and public curiosity,” according to experts.

The video shows the pilot-- identified by Indian media outlets as Abhinandan Varthaman-- sipping tea and with a bloody nose. Pakistani authorities later deleted the video.

Posting the video would be a violation under Article 13 of the Geneva Conventions, Rachel E. VanLandingham, a military justice expert at the Southwestern Law School in Los Angeles, said in an interview.

"Releasing the video would be prohibited by that provision,” VanLandingham told The Washington Post on Wednesday.

India and Pakistan are both signatories of the Geneva Conventions.

The pilot was captured Wednesday soon after his MiG-21 fighter jet was shot down over Pakistan-controlled Kashmir. Another Indian jet was also shot down, increasing tensions between the two nuclear-armed rivals over the Himalayan Kashmir region, which is separated by a militarized zone.

Pakistan’s military spokesman, Maj. Gen. Asif Ghafoor, said the pilot was being treated “as per norms of military ethics,” the Post reported. India’s Foreign Ministry said it “strongly objected to Pakistan’s vulgar display of an injured personnel in violation” of Geneva Conventions, according to the paper. India has said it expects “his immediate and safe return.”

VanLandingham questioned the release of the video and its purpose.

“Here, [there was] no military necessity to release the video, and presumably it was released with the intent to humiliate the captive and, thus, the state of India, and, thus, Pakistan is in violation of Article 13,” she said.