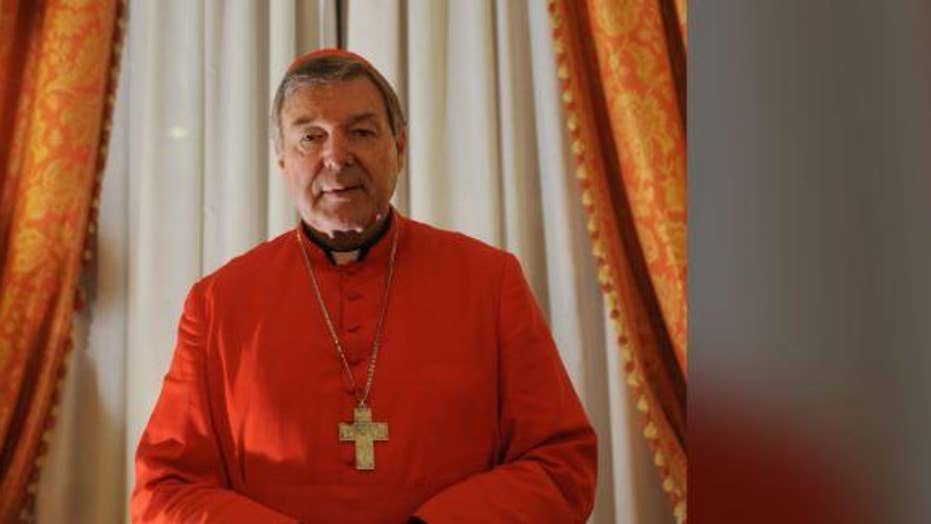 A Cardinal who once held the Vatican’s third-most-powerful position faces up to 50 years in prison after he was convicted of molesting two 13-year-old choirboys in the late 1990s in Australia, new details of the case reveal.

Cardinal George Pell – once Pope Francis’ top financial advisor and the Vatican’s economy minister – was unanimously found guilty by a 12-member jury in the Victoria state County Court on Dec. 11 after more than two days of deliberation. He was accused of sexually abusing the two choirboys in the sacristy of a cathedral and weeks later indecently assaulting one of the choirboys in a cathedral corridor.

The publication of any details about the trial had been forbidden until Tuesday; prosecutors requested the suppression order be lifted after other charges against Pell for allegedly indecently assaulting two boys in his home town of Ballarat were dropped.

In those charges, which were set to go to trial in April, Pell allegedly assaulted two boys ages 9 or 10 and 11 or 12 as a young priest in the late 1970s in a public pool in Ballarat.

Fox News had previously reported about the conviction in December 2018, citing the Daily Beast, who had spoken to sources with knowledge of the court happenings.

Breaching a suppression order could result in a prison sentence for the guilty reporter and a fine for the media company that has assets in Australia. Journalists and media organizations beyond Australian shores are unaffected.

Cardinal George Pell arrives at the County Court in Melbourne, Australia, Tuesday, Feb. 26, 2019. The most senior Catholic cleric ever charged with child sex abuse has been convicted of molesting two choirboys moments after celebrating Mass, dealing a new blow to the Catholic hierarchy's credibility after a year of global revelations of abuse and cover-up. (AP Photo/Andy Brownbill)

According to court records, the defense argued that it was impossible to the crimes to have gone unnoticed in the busy cathedral moments after masses, saying the sacristy was a “hive of activity” after mass. Records show that the sacristy episode could only have happened on Dec. 15 or 22, 1996 – during which Pell was the archbishop at the cathedral.

Meanwhile, the prosecution argued there was an opportunity for the offending to take place, with alter serves to allow worshippers a few minutes of “the privacy of prayer” after mass before moving in to clear the altar space of sacred items and returning them to the sacristy.

Francis had tapped Pell as his economy minister in 2014 as part of Vatican determination to reform its scandal-plagued financial system, even though some allegations against the Australian were known at the time. Pell’s conviction likely further stains Francis’ record on cracking down on credibly abused clergy.

The victim who testified against Pell said he has experienced “shame, loneliness, depression and struggle.” In his statement after the conviction was revealed, the man said it had taken him years to understand the impact the assault had on his life.

Lawyer Lisa Flynn said the father of the second victim, who died of a heroin overdose in 2014 at the age of 31, is planning to sue the church or Pell individually once the appeal is resolved.

On Tuesday, the Vatican – the first time addressing the case – described the news as “painful” but insisted the prelate has the fight to defend himself until the appeals process is completed.

Brisbane's Archbishop Mark Coleridge reads a statement to the media on the conviction of Australian Cardinal George Pell for molesting two choir boys in the 1970s, in Rome, Tuesday, Feb. 26, 2019. The most senior Catholic cleric ever charged with child sex abuse has been convicted of molesting two choirboys moments after celebrating Mass, dealing a new blow to the Catholic hierarchy's credibility after a year of global revelations of abuse and cover-up. (AP Photo/Alessandra Tarantino)

Acting Vatican spokesman Alessandro Gisotti said the pontiff “to guarantee the course of justice” confirmed precautionary measures have already been taken against Pell, including banning him from publicly celebrating Mass, and “as is the rule, contact in any way and form with minors.”

“[The verdict was] painful news that we are well aware, has shocked very many people, not only in Australia,” Gisotti said. “As we have affirmed on other occasions, we restate the utmost respect for Australian judiciary authorities.”

He added: “Why awaiting the definitive judgment, we unite ourselves to the Australian bishops in praying for all the victims of abuse, reiterating our commitment to do everything possible so that the church is a safe home for all, especially for children and the most vulnerable.”

Pell was surrounded by a crush of cameras and members of the public as he was ushered from the courthouse to a waiting car. "You're a monster!" one man shouted. "You're going to burn in hell, you freak!"

"Are you sorry?" one woman shouted. Pell did not respond.