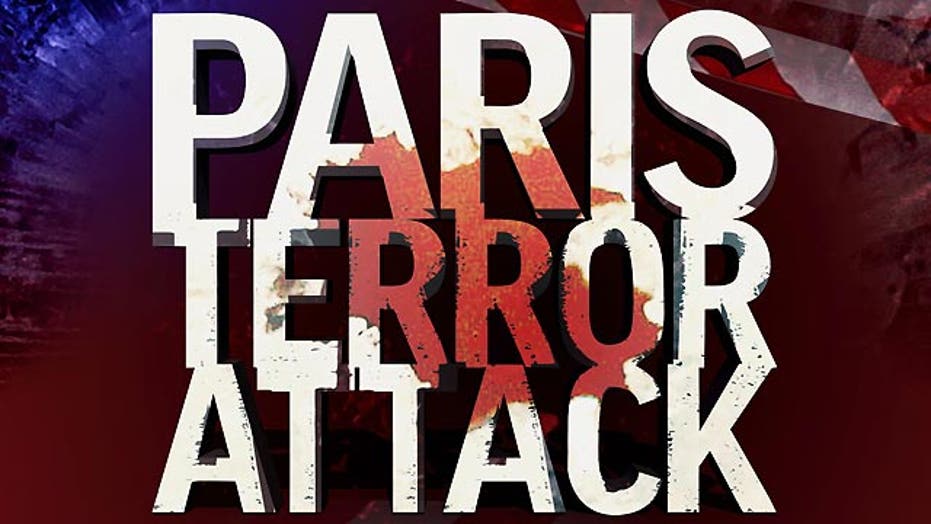 Reaction to terror attack in France

The police officer seen writhing on the ground following the Paris terror attack before being brutally shot to death by masked men Wednesday was a Muslim, according to a published report.

The Daily Caller said Ahmed Merabet, 42, was named by authorities as one of the two police officers killed in the attack on the Charlie Hebdo, which also claimed the lives of 10 journalists. He was a patrolman assigned to the 11th arrondissement, the Paris neighborhood where the satirical magazine's office is located.

He is survived by his wife.

Masked and garbed in black, the three AK-47 wielding assassins appeared to be executing a well-coordinated plan in the late-morning raid, methodically seeking out and executing those targeted for death, and making a clean getaway -- all in the span of a few minutes. Moments after the 11:30 a.m. attack, the three assassins were gone. A manhunt continued into the evening in a shaken and locked-down Paris.

A chilling video of two gunmen stopping their getaway car to wound, chase down and execute a police officer raising his hand in a plea for mercy shows shows tactics and movement that only comes with training, said retired Army Lt. Col. Ralph Peters, a Fox News strategic analyst.

Two officials, speaking on condition of anonymity, named the suspects to the Associated Press as Frenchmen Said Kouachi and Cherif Kouachi, in their early 30s, as well as 18-year-old Hamyd Mourad, whose nationality wasn't immediately clear.

One of the officials said they were linked to a Yemeni terrorist network.

All three remain at large.

Cherif Kouachi was convicted in 2008 of terrorism charges for helping funnel fighters to Iraq's insurgency and sentenced to 18 months in prison.