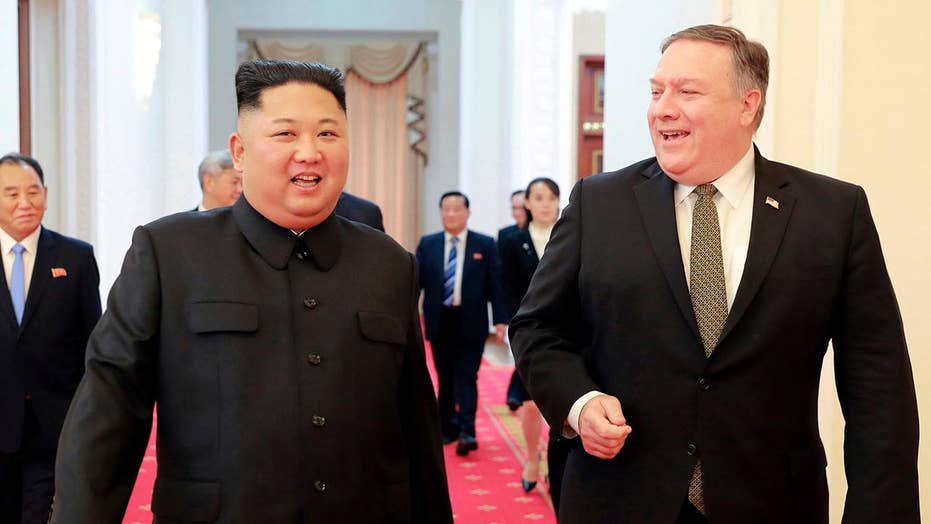 Where does denuclearization in North Korea stand?

North Korea has threatened to restart its nuclear weapons program if the U.S. does not lift economic-crippling sanctions against the country, according to reports Saturday.

North Korea's foreign ministry said in a statement Friday that the "improvement of relations and sanctions is incompatible," Sky News reported.

"The US thinks that its oft-repeated 'sanctions and pressure' leads to 'denuclearization,'" the ministry said. "We cannot help laughing at such a foolish idea."

The statement marks the first time North Korea has threatened to resume its nuclear weapons program since the June summit between North Korean leader Kim Jong-un and President Trump.

In an interview with Fox News' Sean Hannity on Friday, U.S. Secretary of State Mike Pompeo said he plans to talk next week with his North Korean counterpart, apparently referring to senior North Korean official Kim Yong Chol, the AP reported. Pompeo did not provide the location and date for the meeting, which will likely be focused on persuading North Korea to take firmer steps toward denuclearization and setting up a second summit between their leaders.

"A lot of work remains, but I'm confident that we will keep the economic pressure in place until such time as Chairman Kim fulfills the commitment he made to President Trump back in June in Singapore," Pompeo said.