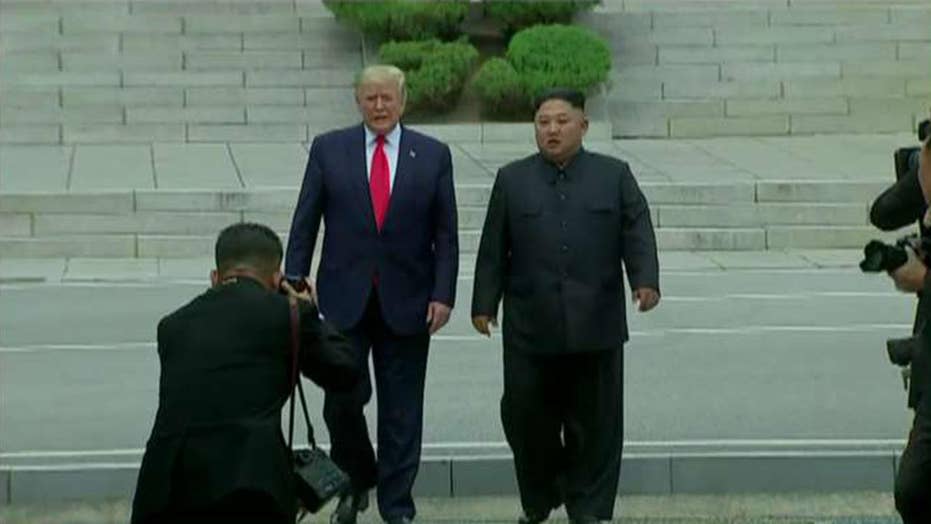 An “unidentified object” detected flying near South Korea’s border with North Korea -- sparking a media frenzy and prompting the south to scramble fighter jets Monday -- turned out to be a flock of birds.

South Korea’s military announced earlier in the morning that its radar had found “the traces of flight by an unidentified object” over the central part of the Demilitarized Zone, the de facto border between the two Koreas. The announcement came a day after President Trump’s historic trip to the DMZ and into North Korea with leader Kim Jong Un.

Officials initially speculated the object may have been a North Korean helicopter flying across the border into South Korea. However, pilots of the several fighter jets deployed to the area later reported the “unidentified object” was actually a group of "objects" -- about 20 birds, a South Korean military official told the Associated Press. 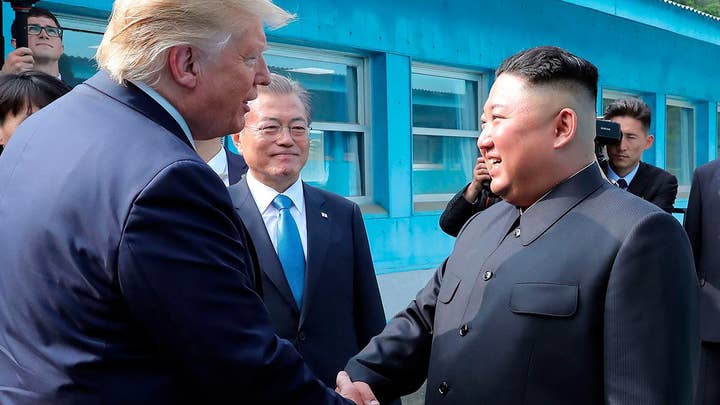 South Korea alerted the North to the launch of its fighter jets to avoid unnecessary tensions, the official said.

The DMZ, which was created after fighting ended in the 1950-53 Korean War, is peppered with an estimated two million mines and guarded by combat troops, razor wire fences, anti-tank traps and guard posts on both sides. While the two Koreas have occasionally traded exchanges of gunfire there, the animosities have eased since the North entered talks on its nuclear program.

Trump’s meeting with Kim on Sunday – their third face-to-face since the American leader took office – took place at the border village of Panmunjom, located inside the DMZ. In a surprise move, Trump stepped across the military demarcation line into North Korea – taking about 10 steps with Kim before turning back and sitting down for a meeting.

It marked the first time a sitting U.S. president has set foot in North Korea. After the meeting, Trump said Kim had agreed to revive talks amid an impasse in nuclear negations between Washington and Pyongyang. 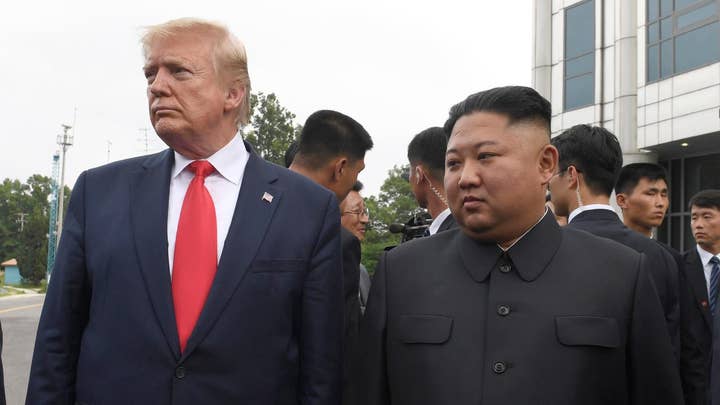 North Korea's state media described Kim's meeting with Trump as "an amazing event" and reported both leaders expressed great satisfaction over the result of their talks.

The latest Trump-Kim meeting may have created momentum for further diplomacy, including working-level talks aimed at hammering out the terms of a mutually acceptable deal. But experts say it remains unclear whether the negotiations would successfully address the fundamental differences between Washington and Pyongyang that were exposed in a previous summit in Hanoi in February.