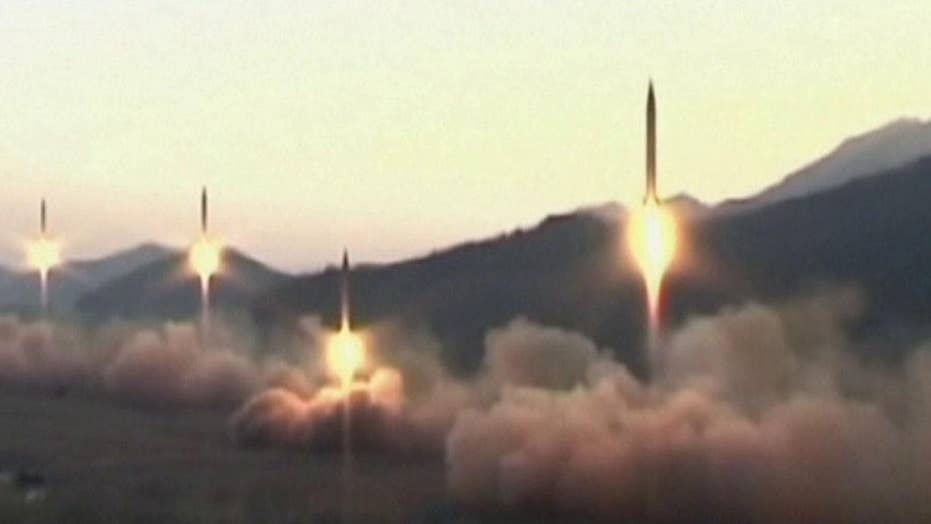 North Korea: 'Nuclear war may break out any moment'

Speaking to a U.N. General Assembly committee on “International Cooperation in the Peaceful Uses of Outer Space,” Kim In Ryong announced North Korea’s five-year plan for 2016-2020 to develop “practical satellites that can contribute to the economic development and improvement of the people’s living.”

Kim accused the U.S. of trying to block what he described as North Korea's peaceful efforts to develop its economy, "all grounded on legal basis in all aspects."

He added that the U.S. is "going frantic to illegalize our development of outer space," claiming the effort violates U.N. sanctions.

But many U.N. members, including the U.S., fear that North Korea's space program is actually a cover for its weapons program.

Missile launches and a test of what North Korea described as a hydrogen bomb have helped strain its relations with the U.S. in recent months. In addition, the regime of leader Kim Jong Un has used defiant rhetoric toward the U.S., and its territories and allies.

On Monday, Kim urged other countries to avoid acting with the United States in any military action to avoid retaliation. He warned that a nuclear war could be imminent.

“As long as one does not take part in the U.S. military actions against the DPRK (North Korea), we have no intention to use or threaten to use nuclear weapons against any other country,” read Kim’s prepared remarks, Reuters reported.

In Tuesday’s address, Kim referenced the treaty on outer space to defend the North’s development program, quoting it as saying that space is “a common asset of humankind and all countries can develop outer space without any discrimination.”

He said that nothing in the document describes satellite launches as a potential threat to peace or security.

Kim also said the U.S. was being hypocritical in trying to influence North Korea's use of satellites.

"The U.S. is the country that launched the largest number of satellites and yet it claims that our launch of satellites is a threat to international peace and security," he said. "This is a preposterous allegation and extreme double standards."

The ambassador vowed that North Korea would continue to develop its satellite program and would not stop “just because the U.S. denies it.”