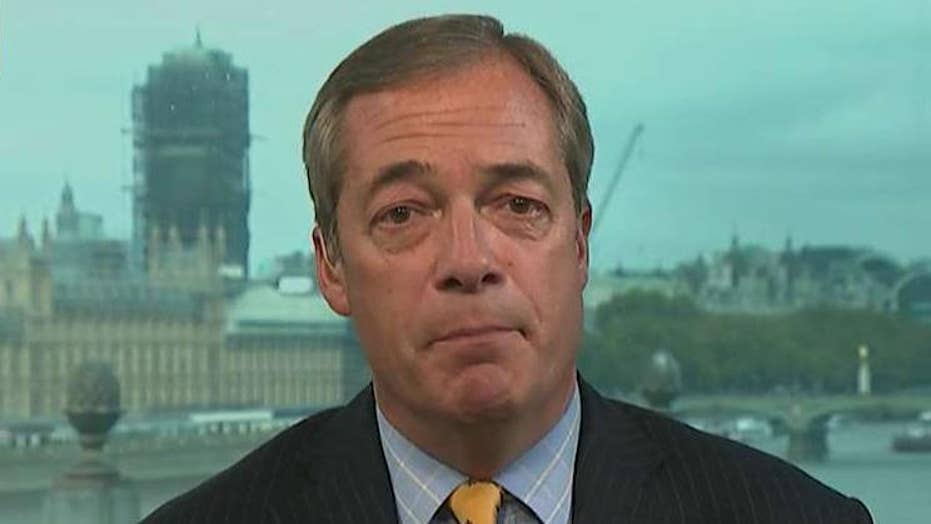 Brexit vote derailed at the last minute by rebel lawmakers

Former United Kingdom Independence Party leader Nigel Farage, who launched the Brexit campaign in the U.K., said Sunday that the anger among British voters regarding the latest developments with the Brexit deal is “unlike anything I have ever seen before.”

Appearing on “Fox & Friends” from London on Sunday morning, Farage said he believes the country still wants to leave the European Union; however, members or Parliament “have broken all promises they made to the people.”

“They promised that Brexit would be delivered and actually there’s pretty much a majority in that place who really do not want us to leave the European Union, don’t want us to become an independent country and they have now for over three years frustrated every attempt to get Brexit delivered,” Farage said.

“We have this big, hard deadline of Halloween, October 31. We are supposed to leave then. It now looks unlikely that we will, so as you can probably imagine the anger that is building amongst British voters is unlike anything I have ever seen before.”

In a major blow to British Prime Minister Boris Johnson, U.K. lawmakers voted Saturday to postpone a decision on whether to back his Brexit deal with the European Union, throwing a wrench into government plans to leave the bloc at the end of the month.

At a special session of Parliament intended to ratify the deal, lawmakers voted 322-306 to withhold their approval until legislation to implement it has been passed.

The vote aims to ensure that the United Kingdom can’t crash out of the EU without a divorce deal on the scheduled October 31 departure date.

As required by law, Johnson sent an unsigned letter to the EU late Saturday seeking a delay to Britain’s upcoming Oct. 31 departure from the bloc, but then sent a signed letter saying he does not favor another Brexit extension.

“My view, and the government’s position, (is) that a further extension would damage the interests of the U.K. and our EU partners, and the relationship between us,” Johnson wrote to European Council President Donald Tusk.

Johnson has long stated that he plans to take the U.K. out of the EU on Oct. 31 come what may, and his minister in charge of Brexit again emphasized that position.

Michel Barnier, the EU’s chief Brexit negotiator, said Tusk would consult with other leaders “in the next days.”

Johnson is expected to return to Parliament on Monday to keep mustering up support for his Brexit proposal, which was approved by EU leaders on Thursday.

On Saturday, hundreds of thousands of anti-Brexit demonstrators marched to Parliament Square in London, insisting on a new referendum on whether Britain should stay or leave the EU.

“I think the honest truth of it is, the only likely way we’ve got of sorting this out is to have a general election and to allow the public to show their disgust at these MP’s [Members of Parliament] who stood in the way of Brexit,” Farage said on Sunday. “So I want there very much to be a general election before too long and then I think we can get some resolution.”

When asked if he thinks Johnson can survive, Farage said, “I think he can and I think at a general election, if he holds his nerve, he’d win it.”