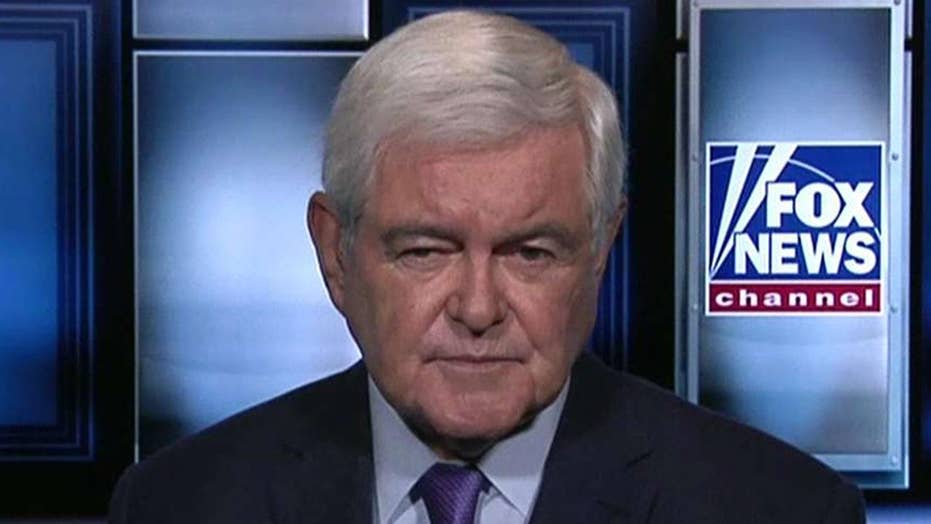 Former House Speaker Newt Gingrich said Tuesday that he believes the Iranian regime is "shaky" and "very close to breaking" under the weight of tough economic sanctions.

"The sanctions are really biting and, month by month, their economy is getting worse and people are getting more and more unhappy. I think they're lashing out desperately, trying to somehow change the circumstance," he said on "Fox & Friends," adding that the regime may want the U.S. to attack so they can use "nationalism" to rally the people in defense of the homeland.

Gingrich said President Trump was "very wise" to hold off on a military response two weeks ago after Iranian attacks on oil tankers and a U.S. drone.

"Be calm, be patient. Just continue to increase the pressure economically and I think they're very close to breaking. I think this is a very shaky regime," said Gingrich, host of the "Newt's World" podcast. 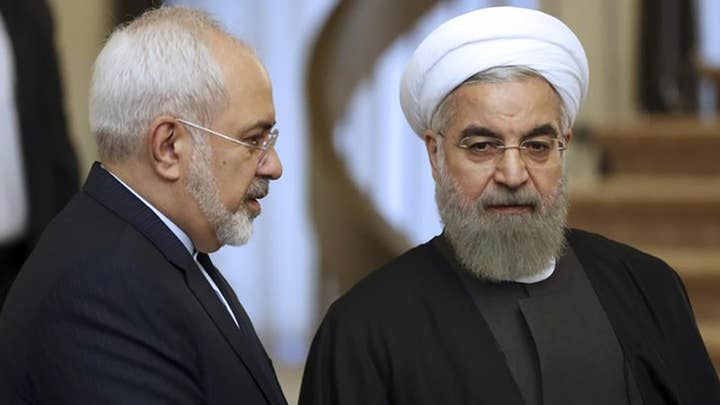 Speaking exclusively with Tucker Carlson, Trump said Monday he "built up a lot of great capital" after his decision -- but said that means "if something should happen, we're in a position to do far worse by not doing it."

He quickly added, "But, hopefully, we don't have to do anything." Trump also said Monday he believes the Iranians are "playing with fire."

On Monday, a source told Fars News Agency that U.N. inspectors from the International Atomic Energy Agency (IAEA) weighed Iran's stockpile of uranium and said it exceeded the threshold for the Islamic Republic's low-enriched uranium stockpile agreed upon in the 2015 nuclear deal.

Gingrich said the Europeans are not pushing back on Tehran because of a desire from big companies to maintain business ties in Iran. He called on the administration to urge China, India and Japan to put pressure on Iran, since those countries rely on Iranian oil imports.