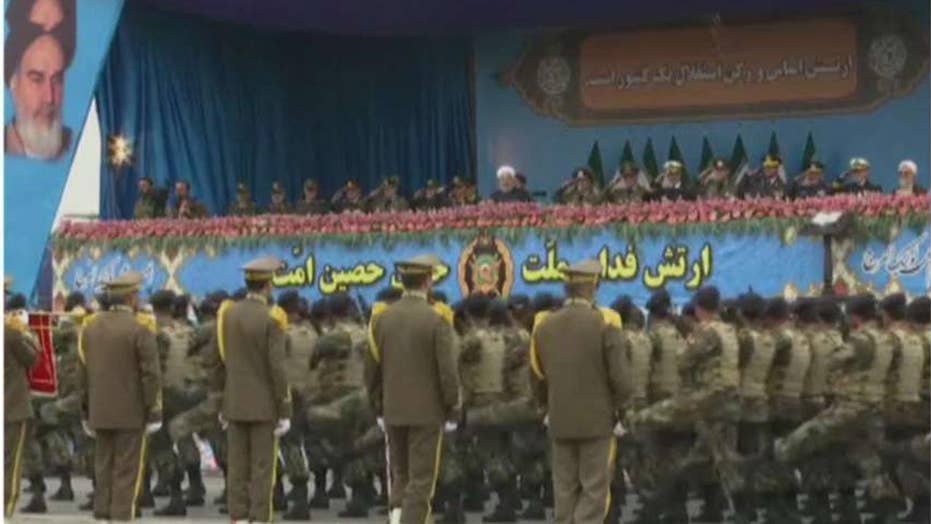 Iran has exceeded the threshold for the Islamic Republic's low-enriched uranium stockpile agreed upon in the 2015 nuclear deal, state media reported Monday.

Iran previously announced its intent to pass the limit unless certain demands were met by June 27. A spokesperson for the country's Atomic Energy Organization said on June 17 that Iran had already quadrupled its production of low-enriched uranium — which can be used in a nuclear reactor, but not in a bomb.

The IAEA confirmed on Monday that Iran had brought through the limit. IAEA Director General Yukiya Amano told the agency's board of governors that it had verified the development.

Iran last month threatened to exceed the stockpile limit if world powers failed to negotiate new terms for the nuclear accord, which was engineered by the Obama administration in July 2015 but significantly weakened when the Trump administration withdrew in May 2018 and restored crippling sanctions. European countries have repeatedly urged Iran to abide by the deal.

Under terms of the multinational nuke deal, Iran can keep a stockpile of no more than 660 pounds of low-enriched uranium and the country pledged to stay within those limits if Britain, France, Germany and the rest of the European Union followed through with plans to provide Iran access to international banking systems.

The United Nations nuclear watchdog, the International Atomic Energy Agency, said in May that Iran was still within the stockpile limits.

Enriching a supply of uranium means boosting its concentration of the type of uranium that can power a nuclear reaction. That type, or isotope, is called U-235. Enrichment basically means stripping away atoms of another isotope, called U-238.

Boosting its purity to 20 percent means removing 22 more unwanted isotopes per atom of U-235, while going from there to 90 percent purity — weapons-grade territory — means removing just four more per atoms of U-235.

That means going from 20 percent to 90 percent is a relatively quick process — something that worries nuclear nonproliferation experts. Iran maintains its nuclear program is for peaceful purposes.