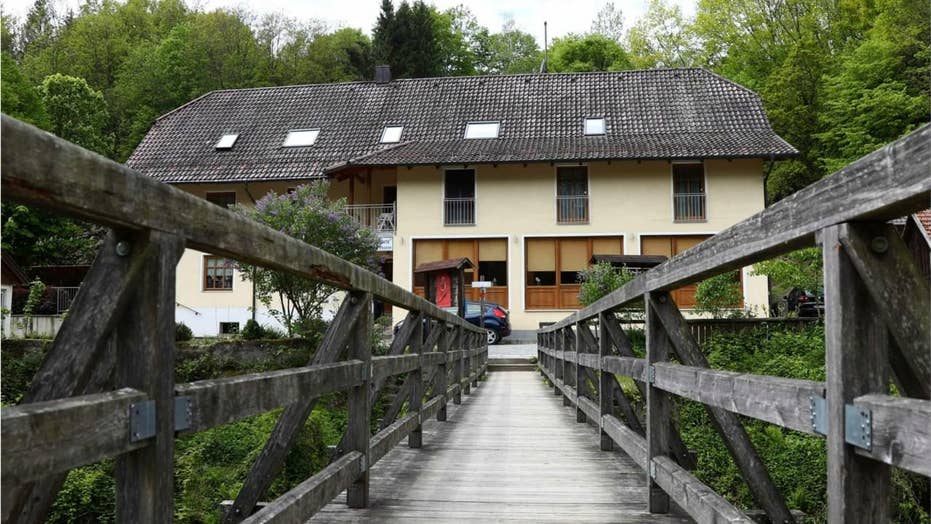 Mysterious German crossbow deaths may have been part of a murder-suicide pact by a medieval cult, according to reports.

The mysterious deaths of five Germans – three who died by crossbow bolts lodged in their bodies – may have been part of a murder-suicide pact by a cult-like group devoted to medieval folklore, baffled police speculate as tantalizing new details about a case that has gripped the country.

German authorities are stumped at what led three people – one man and two women – to a small hotel in the southern town of Passau on Saturday for what they believe was a case of “killing on demand or group suicide.” The case was further complicated upon the discovery of two more victims more than 400 miles away two days later at one of the woman’s apartment.

“We have five dead, that much is clear. Everything else is in doubt,” Passau prosecutor Walter Feiler was quoted as saying.

Local media reports speculate that the mysterious cases revolve around two of the people found at the hotel room: Torsten Weiss., 53, and Farina Caspari., 30.

GERMANY CROSSBOW MURDER VICTIMS WERE MEDIEVAL COMBAT ENTHUSIASTS, LINKED TO DEATHS OF 2 OTHERS HUNDREDS OF MILES AWAY

A guesthouse is pictured at the river 'Ilz' in Passau, Germany, Monday, May 13, 2019. Police investigating the mysterious death of three people whose bodies were found with crossbow bolts inside at the hotel in Bavaria on Saturday, May 11, 2019. (AP Photo/Matthias Schrader)

Authorities have theorized that Caspari was the last one alive before she turned a crossbow on herself and shot a bolt through her neck. She had just unloaded several crossbow bolts into Weiss and his partner, Kerstin Enders, 33, who were found holding hands inside the hotel room.

Farina’s body lay next to their bed.

The two other victims were Caspari’s 35-year-old girlfriend – a teacher – and a 19-year-old woman who were found inside the couple’s apartment in Wittingen. They cause of death is still unclear, police said, adding that the bodies had been dead for several days and there were no crossbow bolts found.

Local media reported that Weiss may have been the cult leader and was described as a domineering figure who treated women “like slaves” and used physical force and psychological manipulation. He ran a medieval-themed store filled with weapons, Knights Templar flags and a blood-spattered mannequin on the counter.

A mannequin sits on a table photographed through a window of the medieval business of Torsten Weiss in Hachenburg, Germany.  (THORSTEN WAGNER/EPA-EFE/REX/Shutterstock)

“Investigators suspect they were all members of a kind of sex circle with a focus on the Middle Ages. Torsten W. may have been the guru of the group,” RTL reported after interviewing people who knew the victims.

It appears Caspari, who worked as a sales manager in a bakery, knew Weiss and Enders through a jousting club run by Weiss’ medieval paraphernalia shop in Hachenburg, in the Rhineland. It is believed they stopped at the Passau hotel on their way back from a jousting tournament in Austria, the Times of London reported.

A couple who spoke to RTL fears that the 19-year-old found inside the Wittingen apartment may have been her daughter Carina U., who they said had fallen under Weiss’ spell years ago and had broken off all contact with them.

A crime scene officer arrives a crime scene where the bodies of two women have been found at an apartment in Wittingen, northern Germany, Monday, May 13, 2019. The women found dead in an apartment of one of three people who found dead on Saturday at a hotel in Passau, several hundred kilometers away in a mysterious case involving crossbows. (Christophe Gateau/dpa via AP)

Meanwhile, Bild spoke with a man who said he rented a farmhouse to Weiss, who lived in the home with Caspari, her girlfriend, and the teenager. He described the 53-year-old man as a “master” who ordered women about.

“His tone with them was strange. They were almost submissive, I had the impression that they are hardly allowed to talk to me,” Alexander Kruger told the German tabloid. “His tone was so harsh. Strikingly harsh. Not the way you talk to anyone. It was in short imperative sentences.”

He added: “Their reaction, the body language was submissive, holding their heads down. If I did not know better, I’d say they were really scared of him. He was the great master. He gave orders.”

Little is known about Enders and how she met Weiss, however documents show they were living together at the time they died and had written up wills, the Daily Mail reported.

The deaths remain under investigation.