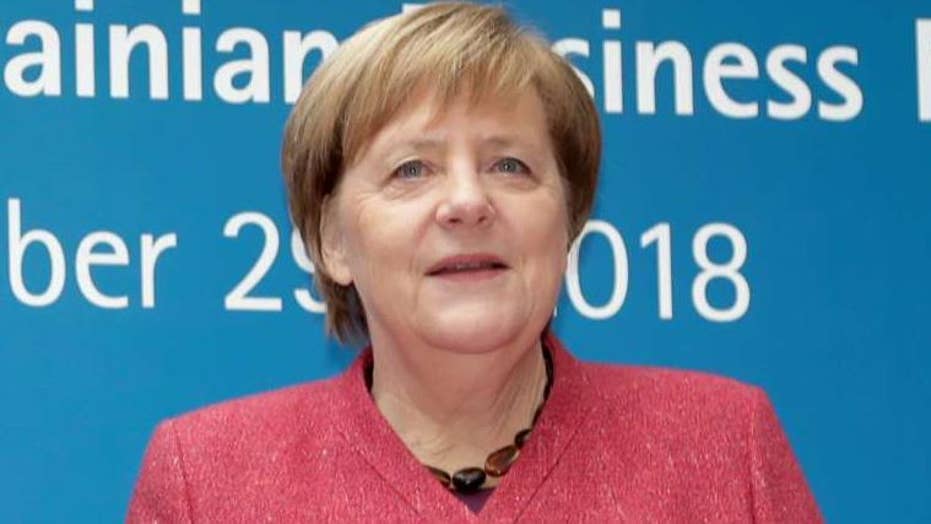 German Chancellor Angela Merkel was flying to the G20 meeting in Argentina when her government Airbus reportedly turned around over the Netherlands and landed in Cologne, Germany.

An overzealous Angela Merkel fan jumped out of her van at Dortmund Airport Monday to take a picture of the German chancellor but forgot to put on the parking brake, leading to a low-speed collision after the vehicle rolled into the nose of the jet.

The driver, an employee at the airport, got excited when she saw the “Federal Republic of Germany” signage on the jet. Merkel was forced to return to Berlin by helicopter while technicians inspected the plane for damages.

There have been a number of incidents involving the German government’s fleet of aircraft, leading to a shortage, the BBC reported.

Last November, Merkel missed the opening of the G20 summit in Argentina after technical issues forced her government to make an unscheduled – but safe - landing shortly after leaving Berlin. The emergency landing delayed her arrival at the meeting with world leaders by more than 12 hours.

In October, the country’s Finance Minister Olaf Scholz was forced to fly commercial after rodents gnawed through electrical cables on his plane before an International Monetary Fund meeting.