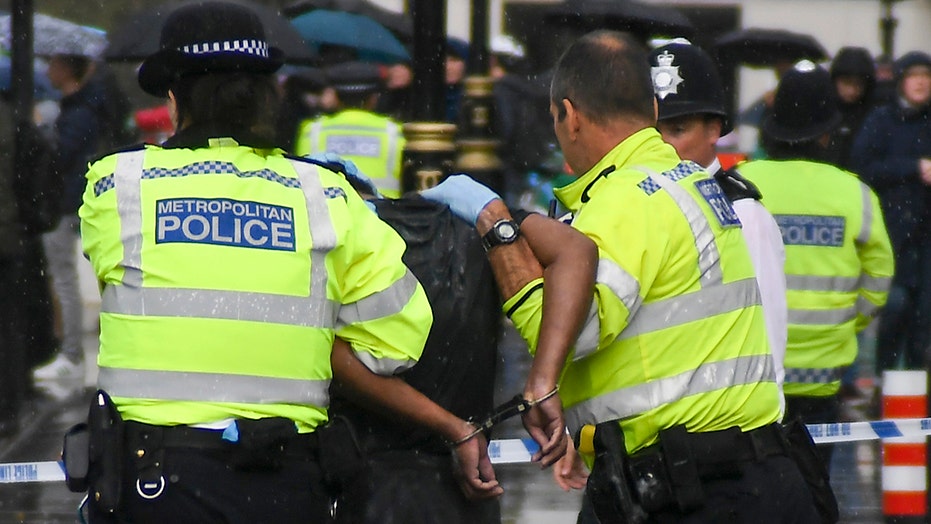 A man was detained outside Britain’s Houses of Parliament on Tuesday morning after dousing himself in what police say appeared to be a “flammable liquid.”

The individual, who has not been identified, is currently being treated by first responders. No injuries have been reported.

“Man next to me at Parliament’s carriage gates appears to have poured (what smells like) petrol on himself,” tweeted Parliament member Huw Merriman. “Incredibly brave response from police, who are now helping him.”

Police in London have detained a man near the Houses of Parliament after he doused himself in what appeared to be flammable liquid. (AP)

The man apparently was “unhappy about a parking ticket in Essex,” a police officer at the scene told The Telegraph newspaper.

"He poured petrol on himself,” the officer added. “One of the lads rugby tackled him."

Additional information was not immediately available.