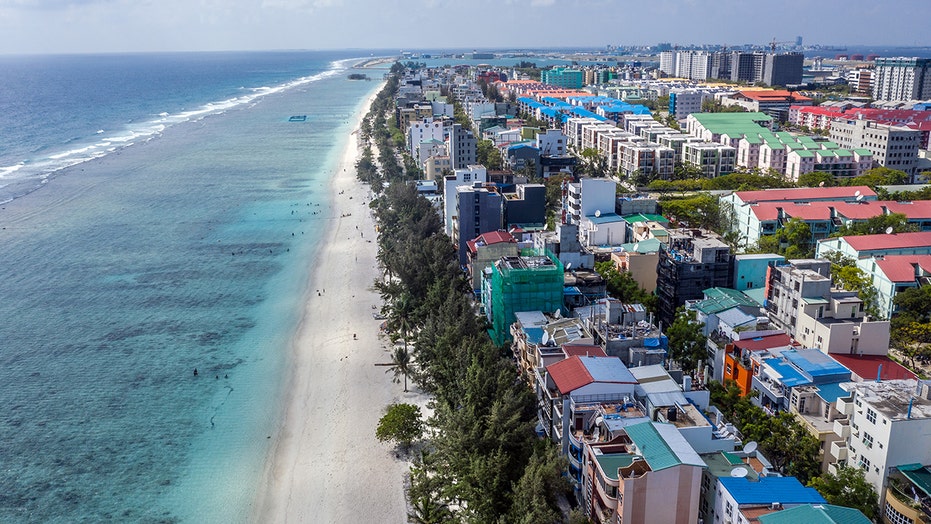 Three men who may have connections to the Islamic State terrorist group were arrested in the Maldives on Thursday following a stabbing attack there that left three injured.

The men allegedly targeted two Chinese nationals and an Australian on the island of Hulhumale Tuesday night, one of whom was a tourist, according to Sky News. The Maldives Police Service said it was now investigating a video circulating on social media “claiming to be related” to the violence.

“We are continuously monitoring the status of the victims of this heinous attack,” police added in a statement. “Their condition is reported to be stable.”

Newly-constructed buildings are pictured on Hulhumale, an artificial island built next to the capital city of Male in the Maldives. (Getty Images)

The video being looked at features a Maldivian extremist group that is affiliated with ISIS, Sky News reported, citing local media.

The video reportedly shows three masked men – with one accusing the Maldives of being run by infidels and threatening follow-up attacks.

Further details about the stabbing attack were not immediately available.

Last year, police in the Maldives arrested a 35-year-old man whom U.S. authorities had identified as a recruiter for ISIS, Sky News adds.