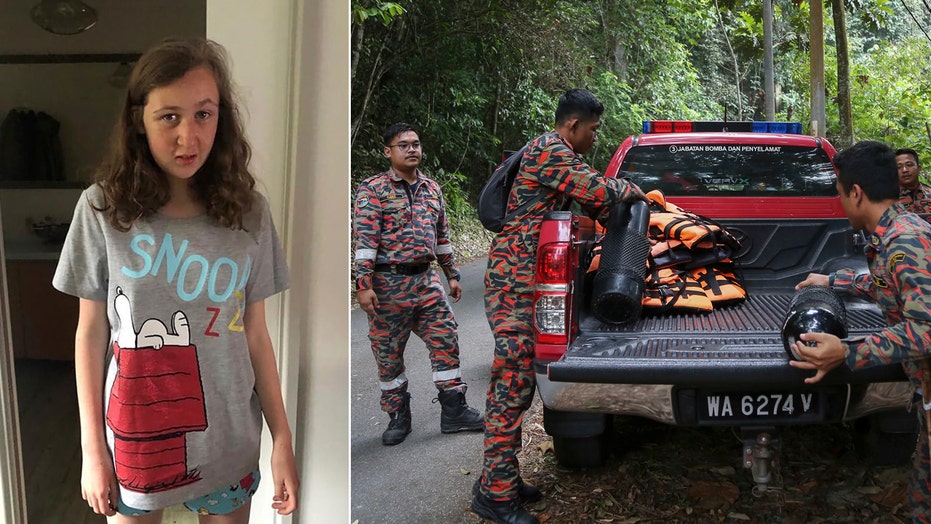 As the search for a missing British teen with specials entered its fifth day, Malaysia police are now saying they can’t rule out a possible criminal element after unidentifiable fingerprints were found in the family’s resort cottage, despite initially saying they did not suspect any foul play.

Negeri Sembilan deputy police chief Che Zakaria Othman said Wednesday that police were analyzing fingerprints found in the Dusun eco-resort cottage in the southern state where Nora Anne Quoirin, 15, was staying with her family while on a two-week vacation to Malaysia.

"Although we classified this case as a missing person but we are not ruling out any possibility... the scale of investigation and the search and rescue is very big for a small place here," he said at a news conference before adding that the investigation now includes a possible criminal element.

Othman declined to go into detail about the fingerprints but clarified earlier information about Nora’s disappearance.

Nora’s family reported the young girl missing Sunday morning after they found her bed empty and the bedroom window left open. But police said Wednesday that it was the window in the living hall downstairs that was left open, and not the one in the bedroom upstairs where the girl was sleeping with her two siblings.

Othman declined to say if the window could be opened from the outside, citing the ongoing investigation.

A member of a rescue team conducts a search and rescue operation for a missing British girl at a forest in Seremban, Negeri Sembilan, Malaysia, Thursday, Aug. 8, 2019. (AP)

Police were initially at odds with the family who issued a statement Tuesday stating they believed that she was abducted despite police's early investigation finding no signs of foul play.

"She never goes anywhere by herself. We have no reason to believe she wandered off and is lost,” a statement provided by the Lucie Blackman Trust read.

The family described Nora as having “learning and developmental disabilities.”

In a video statement released Thursday the family continued their plea for help.

“Nora is still missing and she is very vulnerable and we need to do everything we can to bring her home.”

Negeri Sembilan state police chief Mohamad Mat Yusop said Thursday that police have made voice recordings of Nora’s mother and family members which rescuers will play over loudspeakers while combing the dense forest surrounding the resort.

Yusop said the rescue operation has been increased to more than 260 people working on shifts through the night. He said a police helicopter equipped with thermal imaging cameras joined the search Thursday morning to try and detect the girl, whom police believe is still in the vicinity of the resort.

Drones and police canine teams have also been deployed and divers have searched through the only river running through the hill but so far found nothing, he said. Police received some information from members of the public and are still investigating, he said, without giving details.

"We are still not giving up hope. Her family is also in strong spirits ... we pray hard that she will be found soon," he added.