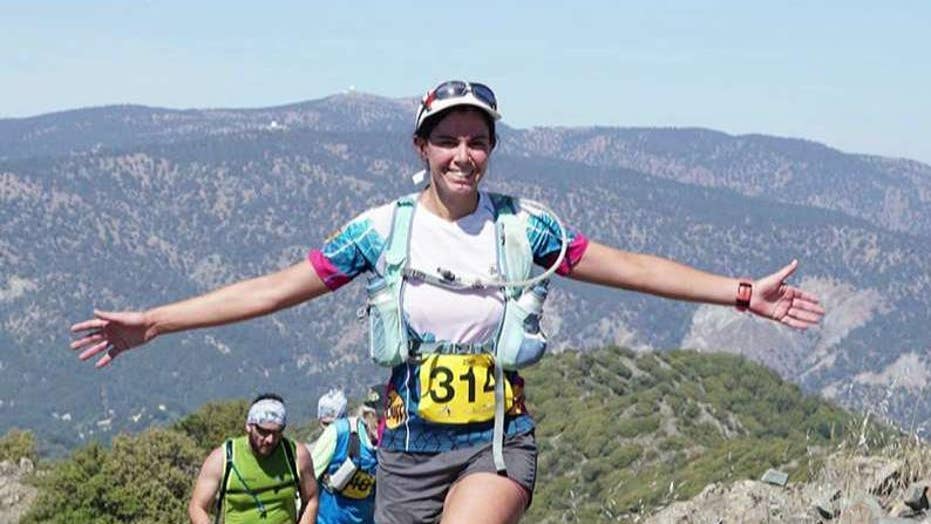 Brittish scientist Natalie Christopher was found dead about a mile from her hotel on the Greek island of Ikaria; Bryan Llenas reports.

The body of a British-Cypriot astrophysicist was discovered Wednesday in a ravine on Greek island, two days after she went missing while out jogging, officials said.

Natalie Christopher, 35, an astrophysicist who lived in Cyprus, was reported missing on Monday by her 38-year-old boyfriend after she went on a morning run and did not return. The couple had arrived on the Greek island of Ikaria on Saturday for a weekend away.

A specialized police unit with geolocating equipment arrived on the island Wednesday by military helicopter, joining the police, the fire department, coast guard and volunteers in the search for the scientist. By Wednesday afternoon, a body was discovered in the Kafiigi area of Ikaria, about three miles from where Christopher was staying, Greek news outlet Skai reported.

Police later identified the body as Christopher and said she was discovered in a 65-foot deep ravine. The cause of death was not immediately clear and authorities planned an autopsy.

Authorities block a road near the location where police said the body of Cyprus-based astrophysicist Natalie Christopher, 34, was found in a ravine on Wednesday. (Nikos Litsardis/ikariaki.gr via AP)

"I express the sincere condolences of the Cypriot state and of myself to the family and friends of Natalie Christopher," Cypriot Justice and Public Order Minister George Savvides said after being informed that the body had been identified.

Before officials identified the body as Christopher, police spokesman Theodoros Chronopoulos told Fox News that authorities need to await a coroners report to confirm if foul play was involved, which will take two to three days.

Natalie Christopher, who was on the Greek island of Ikaria, failed to return from a run on the island on Monday morning. (Facebook)

Christopher's boyfriend told police he woke up Monday morning and his girlfriend wasn't there, so he called her phone and she informed him she was out jogging, the Cyprus Mail reported. When Christopher didn't return to the hotel, her boyfriend tried calling the mobile phone again but there was no response and he reported her missing around 12:40 p.m., according to the news outlet.

Greek authorities say search crews have found the body of a British scientist who went missing while on holiday on the Aegean island of Ikaria in a ravine near where the woman had been staying. (Nikos Litsardis/ikariaki.gr via AP)

Greek police have reportedly sealed off the hotel room where the couple was staying as part of the investigation.

Authorities and residents gather near the location where police said the body of Cyprus-based astrophysicist Natalie Christopher, 35, was found in a 65-foot deep ravine, in Faros village on the Greek island of Ikaria, Wednesday, Aug. 7, 2019. (ikariaki.gr via AP)

Hotel owner Theodoris Theodorakis was quoted in local media as describing the droplets as "typical of a nosebleed," but police said the linen had also been sent to a laboratory for DNA testing, according to Sky News.

The discovery of the body on Wednesday prompted a large emergency response, Skia reported.

Local media reports earlier said the missing woman's phone was still on and picked up by a cell tower located on an island opposite Ikaria, but authorities believe it was due to interference. Greek media said authorities were considering switching off the tower in order to get a clearer idea of the location of the phone.

Reports of the missing phone still being on prompted Christopher's sister to ask people not to call her to preserve the battery.

“If you have her phone number please DO NOT call her. As this will drain the battery and the police are trying to use her phone to find her location,” Jena Christopher said on Facebook.

Suspect arrested in murder of American scientist in Greece

Authorities say the 27-year-old son of a priest confessed to attacking Suzanne Eaton and leaving her in an abandoned World War II bunker on Crete.

Christopher’s case comes on the heels the death of American scientist Suzanne Eaton, whose body was found in an abandoned World War II bunker on the Greek island of Crete last month.

Eaton, a 59-year-old molecular biologist at the Max Planck Institute in Dresden, Germany, had been on the island for a conference and disappeared while out for a run. A 27-year-old local man has been charged with rape and murder in Eaton's death. When asked about a possible connection between the latest incident and the slaying of the U.S. scientist, Chronopoulos told Fox News "absolutely not" considering the suspect in that crime confessed to the murder and is still in jail.