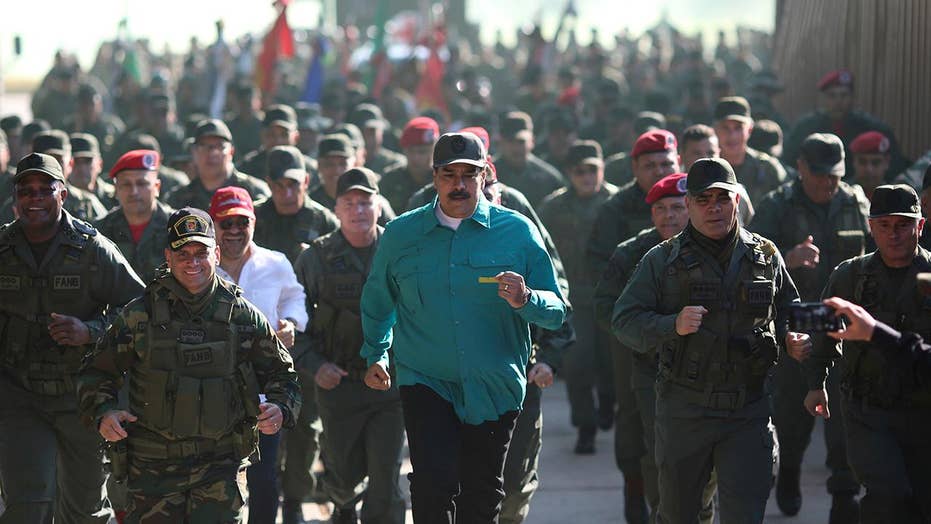 Venezuela’s ex-vice president and now the top confidant of Nicolas Maduro is said to have tried sneaking in Hezbollah militants into his country, made a business deal with a drug lord and became extremely wealthy as the once-rich country turned into an economic basket case.

Tareck El Aissami has emerged as a hardliner of Maduro’s socialist regime as the country remains on the brink of an all-out civil war due to economic misery.

Protesters and military forces clashed this week after opposition leader Juan Guaido openly called for a military uprising, saying the “the moment is now.”

“The armed forces have taken the right decision,” Guaido said. “With the support of the Venezuelan people and the backing of our constitution, they are on the right side of history.”

Tareck El Aissami has emerged as a hardliner of Maduro’s socialist regime as the country remains in turmoil and on a brink of an all-out civil war due to repressions and economic misery.<br data-cke-eol="1"> (AP Photo/Fernando Llano, File)

But El Aissami, while not having the same scrutiny as Maduro, has long been the subject of various investigations both at home and in the U.S. over the way he wielded his political power to get wealthy and support terror groups.

According to a dossier compiled by Venezuelan agents and obtained by the New York Times, El Aissami and his father, Carlos Zaidan El Aissami, allegedly recruited members of the Hezbollah terror group to help with spying and drug trafficking operations in the region.

Hezbollah is a Lebanon-based group, designated as a terrorist organization by the U.S. government, which has since expanded its operations across the world and has been involved in drug trafficking in Latin America.

The dossier claims that El Aissami and his father tried to bring the Hezbollah members into Venezuela “with the aim of expanding intelligence networks throughout Latin America and at the same time working in drug trafficking.” 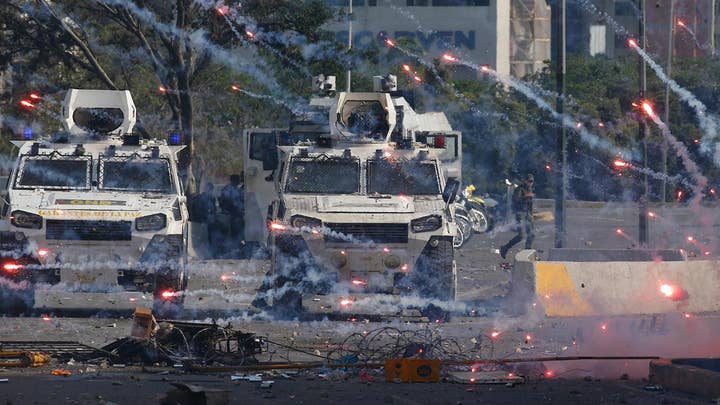 El Aissami, in particular, tried to use his political power to sort out their documentation and allow them to reside in the country. The dossier didn’t acknowledge whether the plans succeeded, the Times reported.

The intelligence report stays that El Aissami’s brother made a deal with Walid Makled, Venezuela’s most infamous drug lord, and held about $45 million in Swiss banks accounts, according to the Times.

American prosecutors argue that El Aissami played a role in the drug trafficking, accusing him of using his office to aid international drug traffickers, according to charges unsealed in March.

He was charged with violating the Foreign Narcotics Kingpin Designation Act and U.S. Treasury Department sanctions. Authorities say he also supervised or partly owned narcotics shipments that weighted over a ton, and even managed the global network of companies in a bid to launder money.

All such dealings made El Aissami a particularly wealthy individual in Venezuela, even as the country was struggling economically, with NGOs working to provide humanitarian aid to the starving population.

The report says El Aissami used a frontman to avoid U.S. sanctions and bought an American bank, parts of a construction company, a stake in a mall in Panama, and multiple Venezuelan real estate projects.

The situation in Venezuelan remains fragile as Guaido remains a recognized leader of the country despite Maduro clinging to power through repression.

The socialist authoritarian recently said that the rebellion was crushed, a claim Guaido says is far from the truth.

“If the regime thought we had reached maximum pressure, they cannot even imagine,” Guaidó told supporters on Wednesday, according to Reuters. “We have to remain in the streets.”