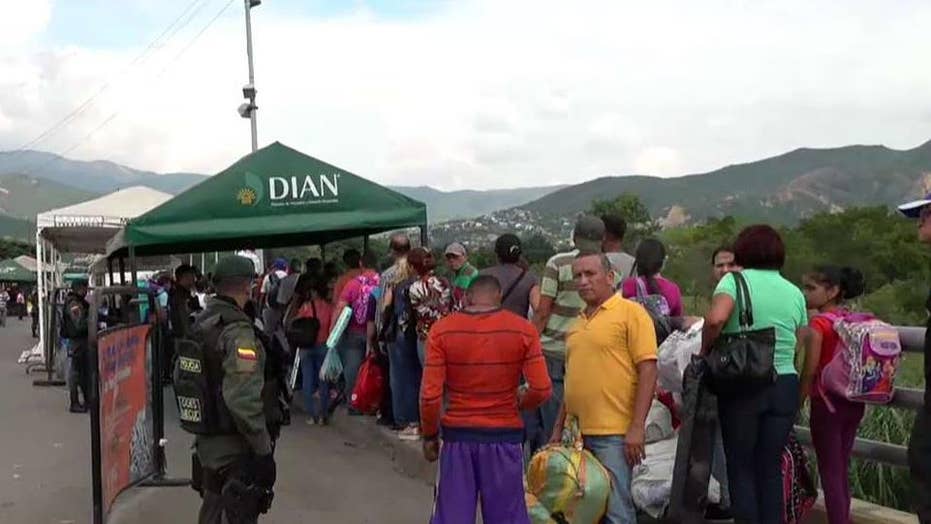 Gunfire erupted near the Colombia-Venezuela border as Venezuelans fled amid a political crisis that could end dictator Nicolas Maduro's reign.

Fox News correspondent Ellison Barber was present for what she said was 30 minutes of "nonstop gunfire" from what was said to be a Maduro-backed militia group known as "los colectivos."

The footage showed people running and yelling as shots rang out in the area. "They were all running, screaming in fear for their lives," Barber said.

The shooting attracted a heightened response from police officers and may have resulted in multiple deaths, although Fox News has not yet confirmed that information.

Barber's report came amid a broader humanitarian crisis in which Venezuelans face riots and strained resources resulting from economic turmoil. Four million Venezuelans, according to officials, left the country over the last four years with the majority fleeing to Colombia.

Some attempted to enter illegally through a forest-like area known as "the trenches," an area controlled by los colectivos near the Simon Bolivar bridge.

In April, Secretary of State Mike Pompeo visited Venezuelan refugees and was welcomed by cries of "We want freedom!" and "Intervention!"

While the U.S. has refrained from military intervention, that could change as both National Security Adviser John Bolton and Sen. Lindsey Graham, R-S.C., have indicated that was a viable option.

The administration has also fiercely condemned Russian and Cuban influence backing Maduro in the region.