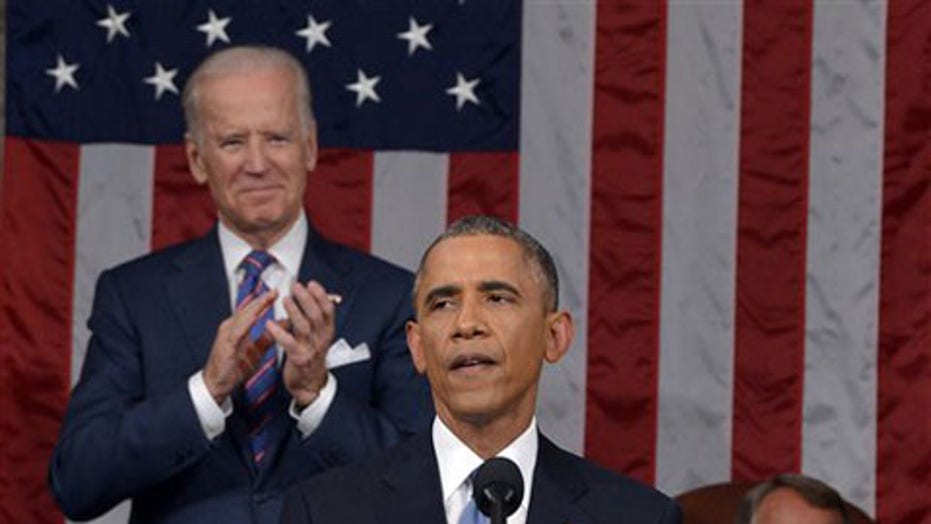 Obama's State of the Union: Split-screen sort of response

The speech itself was memorable for a split-screen sort of response, in which Democrats on one side of the House chamber repeatedly rose to their feet and applauded the president, while Republicans who intend to vote down his proposals sat silently.

"We believe there needs to be transparency!"

At the steps of Houston City Hall, a representative from LULAC and the American GI Forum asked for clarity from Houston Police Department Chief Charles McClelland, following the treatment of three Hispanic former officers who were indicted for participating in a ticket rigging scandal.

Gregory Rosa, John Garcia II and Robert Manzanales are accused of falsifying citations and listing one another as witnesses on tickets to help themselves get overtime pay for testifying in court. All of them were relieved of duty, but the case is very similar to another one reported in September 2013.

In that instance, four white officers committed the same offense, but only had to serve a suspension.

"They were not even referred to the District Attorney for indictment," adds Pinedo. "They got off scotch free with over a million dollars,"

"We don't have the entire facts, that's why we want to call on Chief McClelland to clarify why he made that decision and see if it was justifiable," says Jesus Medel from the American GI Forum. "Because it doesn't appear to be justifiable in our view, based on the facts we have,"

The main question is why were the white officers given lengthy suspensions in hopes of salvaging their careers?

FOX 26 News headed to the HPD headquarters in downtown Houston looking for an answer, but were told a response would be coming soon.

"If they are guilty and did something wrong they deserve to be punished, but how about the other group?" explains Pinedo. "The other four white individuals weren't even referred to grand jury."

Community activists say the Hispanic community deserves a response, and will soon be reaching out to McClelland before requesting a federal investigation.

For more stories go to myfoxhouston.com