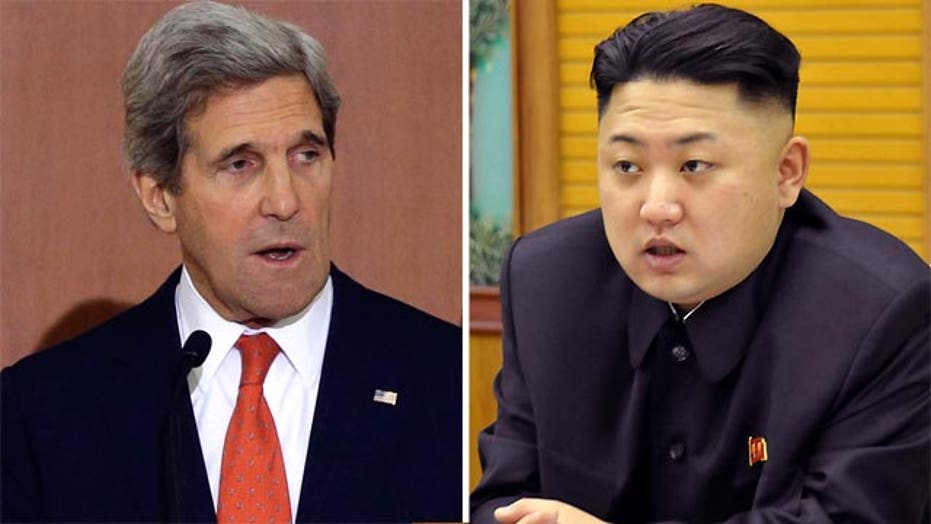 Kerry to N. Korea: Missile launch would be 'huge mistake'

SEOUL, South Korea – U.S. Secretary of State John Kerry is in South Korea on an unusual diplomatic journey, traveling into a region bracing for a possible North Korean missile test.

His visit comes amid speculation the North's unpredictable regime will launch a mid-range missile designed to reach as far as the U.S. territory of Guam. Kerry also plans to visit China and Japan.

Kerry is spearheading the effort to shift U.S. power away from Europe and the Middle East and toward Asia. His trip was planned well in advance of North Korea's apparent preparations for another missile test.

Kerry's trip coincides with disclosure of a U.S. intelligence report that concludes, with "moderate confidence," that North Korea could arm a ballistic missile with a nuclear warhead but that the weapon would be unreliable.