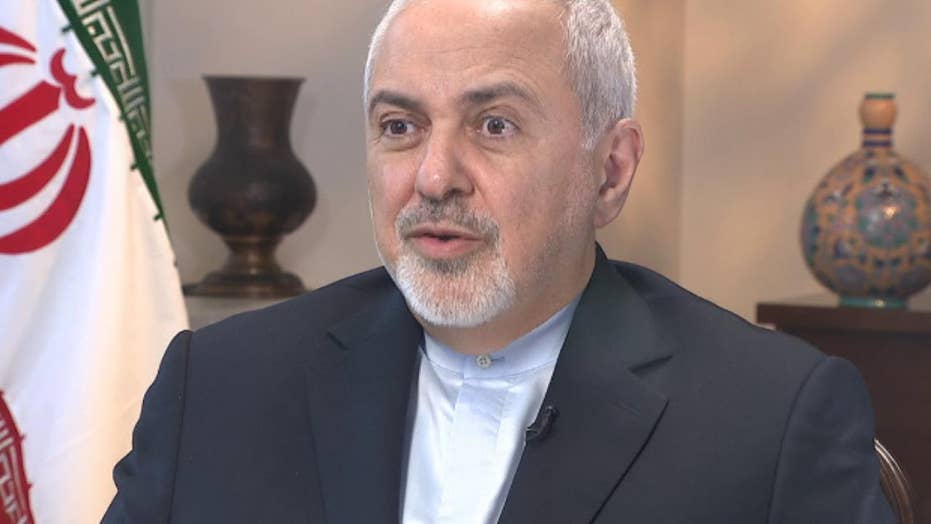 Iranian Foreign Minister Mohammad Javad Zarif says that members of the Trump administration, as well as other countries in the Middle East, are “dragging the United States into a conflict” with Iran during an interview with Fox News Sunday’s Chris Wallace set to air on Sunday.

Among those Zarif suspects of wanting to escalate tensions are National Security Advisor John Bolton, Israel, Saudi Arabia, and the United Arab Emirates.

Wallace asked if they’re “all trying to exercise regime change?”

Earlier this week, there had been a war of words between the State Department and the Iranian foreign minister over Zarif’s proposed prisoner swap.

"The Iranian regime can demonstrate its seriousness regarding consular issues, including Iranians who have been indicted or convicted of criminal violations of US [sic] sanctions laws, by releasing innocent U.S. persons immediately," a State Department spokesperson said. "We call on Iran to free all unjustly detained and missing U.S. persons, including Xiyue Wang, Robert Levinson, Siamak Namazi, and Nizar Zakka, among others."