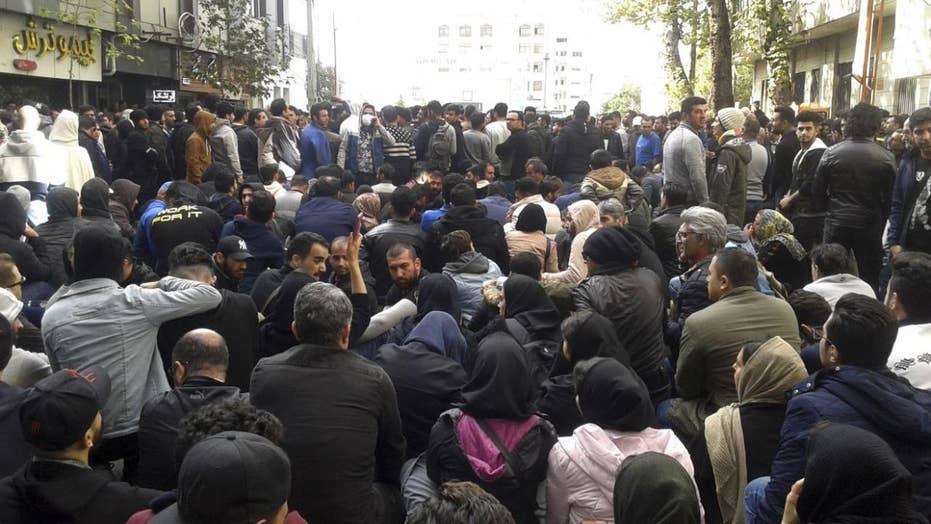 Israeli Defense Minister Naftali Bennett on Saturday called for a “worldwide hackathon” to help Iranian citizens whose Internet has been shut down by the government in response to ongoing protests over an increase in fuel prices.

In a video posted on his social media accounts, Bennett paints an image of a typical Iranian who may try to access his social media page to have his voice heard, but who is unable to do so.

“How scared must a regime be of its own people that it doesn’t allow them to access Facebook and Twitter and social media?” said Bennett, a former tech entrepreneur.

The Iranian government shut down the Internet earlier this month after protests spread to some 100 cities and towns across Iran over a 50 percent rise in fuel prices. The lack of Internet access has shielded the government’s brutal response to the protesters.

IRANIAN COMMANDER WARNS US ALLIES, ‘WE WILL DESTROY YOU’

“So, here is a crazy idea. How about every techie in the world -- Israelis, Arabs, Iranians, Americans, Europeans and everyone else unite for one purpose: to help the long-suffering Iranian people gain open access to all social media. A worldwide hackathon for freedom,” Bennet says.

He said everyone -- be it a senior engineer at an AI startup or someone “tinkering” in their own garage -- “has a role to play.”

“Call up your most brilliant friends, grab some Red Bull and code through the night to do the impossible,” he said.

He then called the Iranians “good and decent” people who deserve the same basic rights as everyone on Earth.

“Together, we can show the Persian people, and the Iranian dictatorship, that the power of the people is stronger than the people in power,” he added.