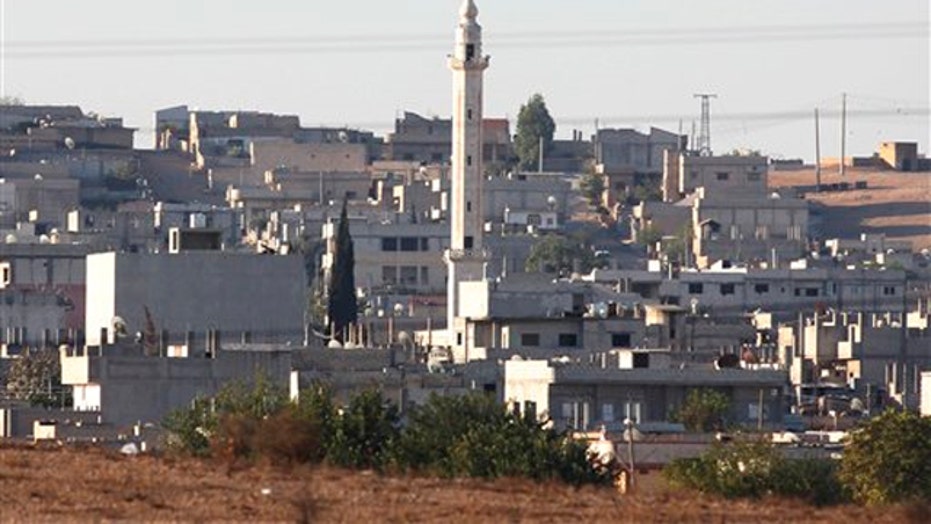 Frank Wuco on the strategy needed to stop the terrorists

The announcement by Turkey’s president that the Syrian border town of Kobani is all but certain to fall to ISIS terrorists shouldn’t come as a surprise, according to a former top military official.

“The airstrikes will sort of stop them in their tracks, where they are on the ground. But if they have dispersed, scattered, or withdrawn to wait until the [latest] round of airstrikes are done, they will keep pushing forward. There is no viable ground force in the area to hold them back.”

Wuco believes the terrorists have “no reason not to keep pushing east, west, north, south – in all directions; this is their global quest.”

Turkey has organized its troops near the border since the assault on Kobani began, but Turkish leaders have not announced any offensive measures. Wuco sees this inaction as “odd” by Ankara.

He says the current situation in Iraq should be a cause for concern for Turkey.

“Look at where they [ISIS] have gone east into Iraq. They are 60 miles away from Baghdad right now. There is really nothing to stop a similar momentum driving north that would depend on what type of fight the Turkish military is willing to put up.”

He cautions the possibility of potential ISIS sympathizers in Turkey. “You have no idea of what motivational effect the Islamic State fighters are going to have on Muslims in Turkey, even those in the military, so that’s another factor that is unseen as of yet.”

When it comes to airstrikes, critics, including Wuco, say the U.S. and partner nations have so far had a limited effect on ISIS operations.

“The rate of these strikes at somewhere between 100-200 strikes since this has begun is really minuscule,” said Wuco. He points to the 1991 Gulf War, when the U.S. coalition conducted “1,000 airstrikes per day … so this is really a pinprick operation.”