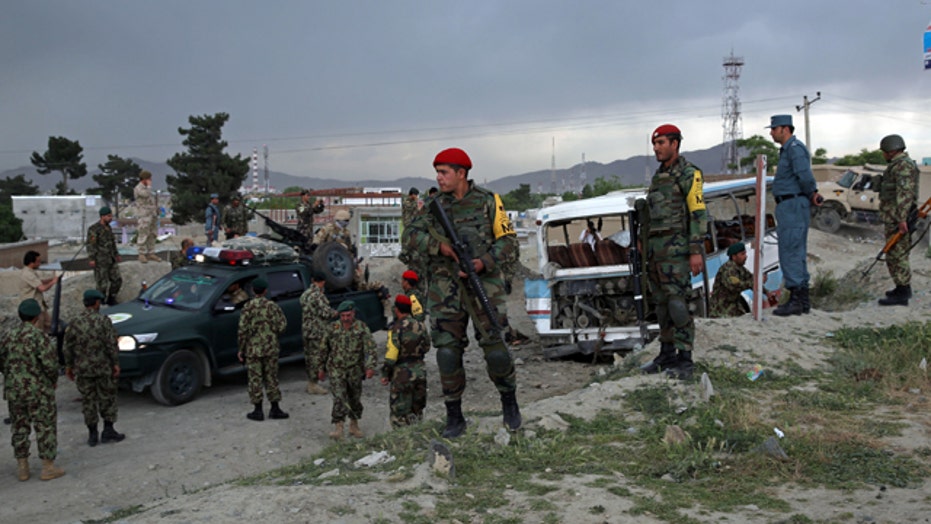 Is Pakistan to blame for problems in Afghanistan?

As the U.S. plans for the withdrawal of combat troops from Afghanistan, policy analysts are concerned over Kabul’s ability to handle its own security.

“One of the best tenants of counterinsurgency strategy is it’s very difficult to fight an insurgent force that has safe haven across an international border, and that is exactly what Pakistan has provided for them [the Taliban],” Smith said.

Critics have blamed this in part due to mismanagement and failed leadership in Kabul.

“Pakistan continues to bear a lot of the blame for the challenges we continue facing in Afghanistan,” Smith said. “They [Islamabad] continue to play a double game in Afghanistan supporting Islamist militants.”

Smith says recent events in Afghanistan, like the upcoming election, show promise for the country’s future.

“The likely election of presidential candidate Abdullah Abdullah is a good thing for Afghanistan and the decision to leave some troops in Afghanistan for the next two years is something that has been encouraged by military commanders,” Smith said.

While U.S. officials say they’ve worked hard toward building a better bilateral bond with Islamabad, Smith questions how genuine the relationship really is.

“Officials in the U.S. government will tell you we must maintain good relations with Islamabad,” Smith said. “But it’s really under the pressure of Pakistan essentially saying, putting a gun to your head and saying, ‘You don’t have good relations with us and if you don’t give us money we’ll commit suicide and you’ll suffer the consequences.’”

Watch the full interview with Jeff Smith above.