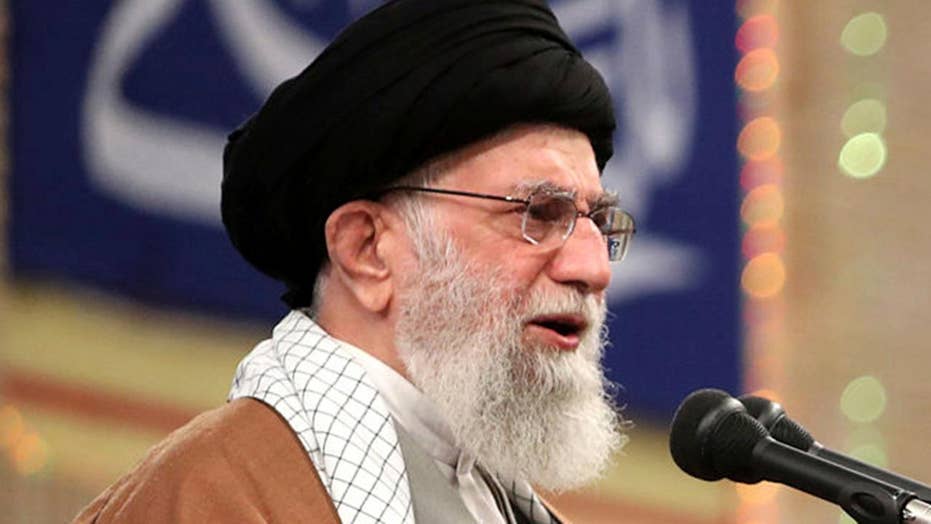 Iran claims victory despite no US casualties in Iraq missile strikes

Iran's supreme leader calls missile attacks targeting U.S. bases in Iraq a 'slap in the face' but warns it's not enough; Trey Yingst reports from Baghdad.

An Iraqi Shia cleric and politician who blasted President Trump this week said "the crisis is over" following Iranian airstrikes against U.S. troops in Iraq, a sign that Iran-backed forces are looking to de-escalate tensions between Washington and Tehran.

Muqtada al-Sadr issued the statement via Twitter, saying Iraqi militias should not start military action, while asking the groups to restrain extremist rhetoric within their ranks, the Military Times reported.

He also asked the Iraqi lawmakers to form a government in 15 days. Al-Sadr, who is known for his anti-U.S. stance, led a resistance against American troops during the Iraq War. His Mahdi army engaged coalition forces in some of the most fierce battles of the conflict.

In addition to al-Sadr, the Iran-backed Iraqi militia Kata’ib Hezbollah said, "Passions must be avoided" to acheive its goal of expelling American troops from Iraq, according to a statement to its followers. The message was translated and posted by the SITE Intelligence Group, the Times said.

Kata’ib Hezbollah is believed to be behind a rocket attack on a military compound that killed an American defense contractor last month. Tensions have flared in recent days after a U.S. drone strike killed Iran Quds Force commander Gen. Qassem Soleimani in Baghdad last week.

Iran responded Wednesday with the launching of more than a dozen ballistic missiles at Iraqi air bases where U.S. troops were housed, leading to fears of an impending war between both nations. No one was killed in the attack.

Trump said Iran appears to be "standing down" during a Wednesday address to the nation.

"Peace and stability cannot prevail in the Middle East as long as Iran continues to foment violence, unrest, hatred and war," he said. "We want you to have a future and a great future, one that you deserve, one of prosperity at home in harmony. With the nations of the world, the United States is ready to embrace peace with all who seek it."

Irans Supreme Leader Ayatollah Ali Khamenei called the missile attack a "slap in the face" to Washington but warned it wasn't enough during a televised speech.