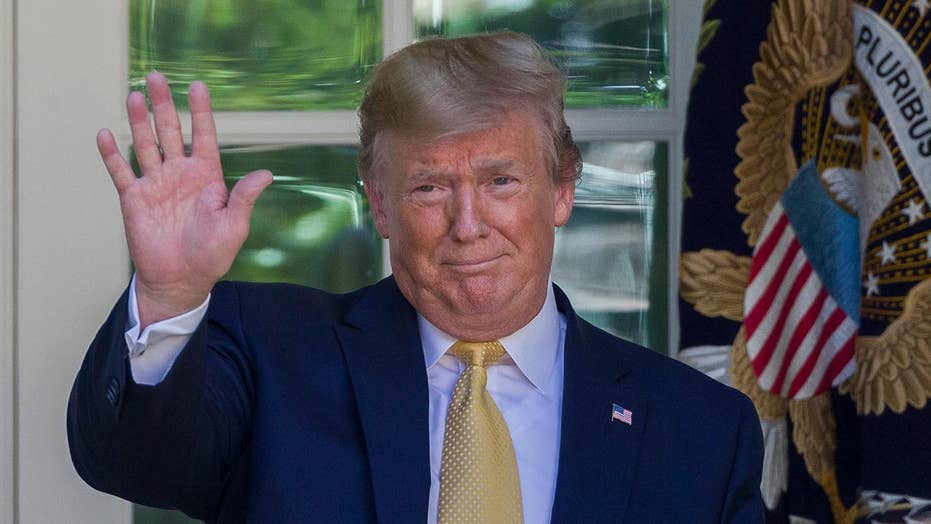 President Trump’s claim that the oil tanker attack near the Strait of Hormuz had “Iran written all over it” was met with skepticism in Europe, with Britain’s left-wing opposition leader Jeremy Corbyn asking to see “credible evidence.”

Trump said in an interview with “Fox & Friends" on Friday morning that, “Iran did do it and you know they did it because you saw the boat,” he said, before pointing to the video showing the Iranians removing the unexploded mine. “They're a nation of terror and they've changed a lot since I've been president, I can tell you,” he added.

But the evidence appears not be enough for officials in Europe and the far-left opposition leader in Britain, who called on the government to show better proof that Iran was responsible for the attacks and urged caution.

“Britain should act to ease tensions in the Gulf, not fuel a military escalation that began with US withdrawal from the Iran nuclear agreement,” Corbyn wrote in a tweet.

TANKER CREW DETAINED BY IRAN AFTER FIRST BEING RESCUED BY ANOTHER VESSEL: US OFFICIALS

“Without credible evidence about the tanker attacks, the government's rhetoric will only increase the threat of war.”

The British government didn’t share Corbyn’s reservations, releasing a statement earlier indicating that the attacks against oil tankers were likely perpetrated by the Iranians.

Foreign Secretary Jeremy Hunt fired back at Corbyn on social media, tweeting: “Pathetic and predictable. From Salisbury to the Middle East, why can he never bring himself to back British allies, British intelligence or British interests?”

But the British government appears to be an exception and Corbyn’s dovish views may be closer at home in the continental Europe, where leaders are fearful that Washington may be exaggerating international threats amid its long-standing hawkish stance toward the regime, the New York Times reported.

An adviser to European foreign policy chief Federica Mogherini, the leading advocate of the 2015 Iran nuclear deal in Europe, echoed Corbyn in saying that better evidence must be provided.

“Before we blame someone, we need credible evidence,” Nathalie Tocci told the Times, adding that Iran consists of rational actors who wouldn’t have attacked a Japanese ship when the Japanese prime minister was in Tehran, saying it “is not an especially rational thing to do.”