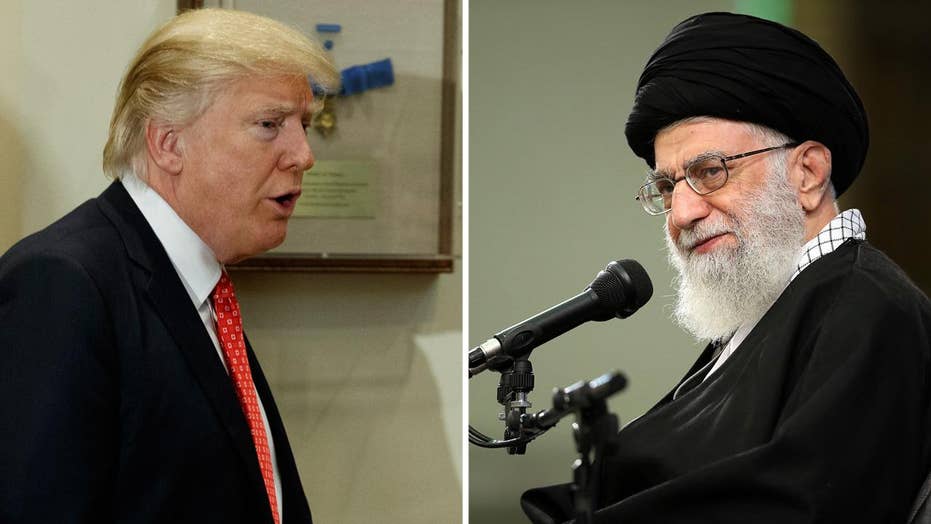 Iran conducts missile test amid war of words with US

Tensions could rise if the White House follows through on speculation it might designate Iran's Revolutionary Guard a terrorist group; Rich Edson has the details for 'Special Report'

The Semnan launch pad was the same as the one where Fox News reported exclusively on Tuesday, satellite photos showed Iran had placed a Safir rocket poised to put a satellite into space before it was taken off the launcher. The reason Iran scrubbed the previous launch is not yet known.

The missile used in Wednesday's launch was a short-range Mersad surface-to-air missile, which impacted 35 miles away, according to a U.S. official.

This latest test comes less than a week after the U.S. placed new sanctions on Iran. There's been a flurry of activity at the Semnan launch pad, located about 140 miles east of Tehran, in recent weeks, officials have told Fox News.

On Sunday, Sen. Dianne Feinstein, D-Calif., called Iran’s recent ballistic missile launch “very dangerous” and said the launch “should not have happened,” and agreed with President Trump that new sanctions on the Islamic Republic were needed.

U.N. Resolution 2231 calls upon Iran not to conduct ballistic missile tests -- but does not forbid the nation from doing so. The resolution went into effect days after the landmark nuclear deal with signed with Western nations including the U.S.