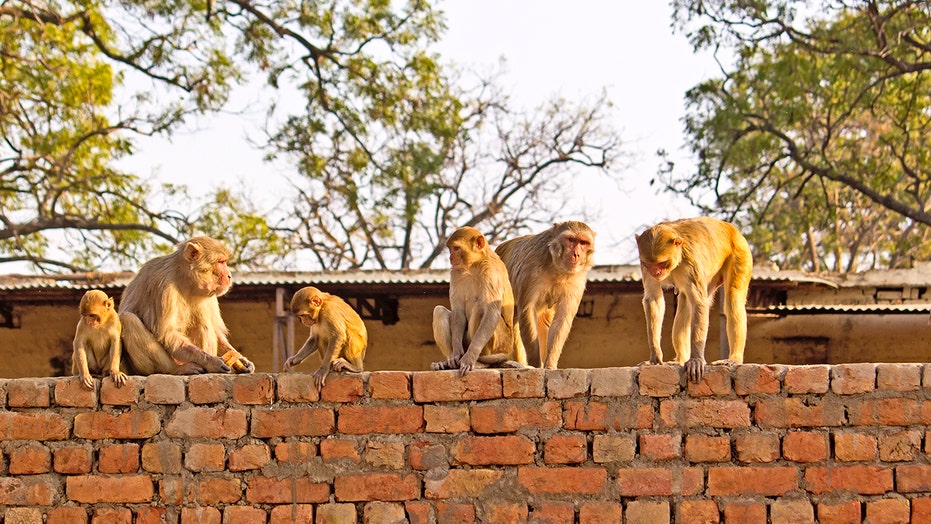 Villagers in India being terrorized by more than 2,000 wild monkeys claim to have found an unconventional way to tackle the simian menace – by dressing up as bears.

“We have now started taking turns in wearing the bear costume and roaming around the village,” village head Ram Lalit Verma told the Indo-Asian News Service. “It was a relative who had told me about the idea and it is actually working.”

Villagers donated money to buy three costumes from a make-up artist for 1,700 Indian Rupees ($23.82) each, he told the Times of India. The outlet posted a photo of villagers outfitted in two of the costumes.

The village now claims the trick has led to a drastic dip in monkey attacks, according to the outlet. There had previously been 150 reports of such attacks, which especially targeted children.

The forest department had told villagers that a lack of funds has prevented them from doing much about the exploding monkey population, according to the Times of India.

“Catching a monkey would cost nearly 600 Indian Rupees ($8.41) and last time we got funds was in 2018 when we had called a rescue team from Mathura,” forest officer MN Singh said.

The most the officers could do, Singh said, was to allow villagers to catch the monkeys themselves and help them release the bothersome simians into the wild elsewhere.

He added that he would visit the village, and if he sees that the bear trick is working, he’ll suggest it to other villages.

Last year, a farmer in Thirthahalli in the state of Karnataka resorted to painting his pet dog with tiger stripes to protect his coffee crop from thieving monkeys.