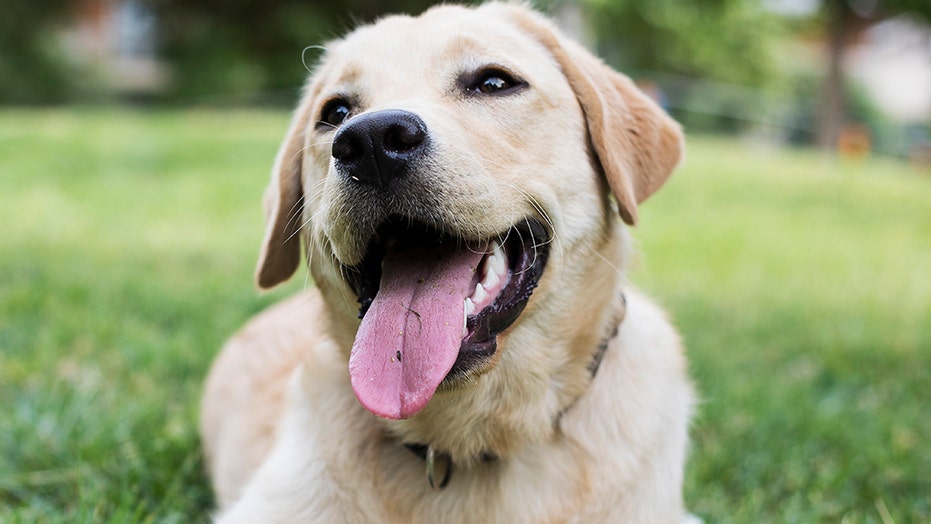 Monkeys in India apparently can’t tell a tiger from a dog made to look like a tiger -- or at least that is what one farmer claims.

The farmer, identified as Srikanth Gowda, said he has been able to protect his coffee crop from monkeys by painting his pet dog Bulbul with black stripes, an Indian news outlet reports.

“I now take Bulbul to the fields twice a day -- in the morning and evening,” Gowda told Asian News International in a report Monday. “I have seen them running away at the sight of the dog. The monkeys now refrain from entering my plantations.”

ANI posted images of the tiger-looking Bulbul on Twitter.

Gowda, who grows coffee in Thirthahalli in the state of Karnataka, turned to the dog after failing to scare off the monkeys with stuffed tiger toys, ANI reported.

“But, in the long run, the color of the toy used to fade and the monkeys would return to damaging the crop,” he said, according to ANI.

The news outlet quoted Gowda’s daughter as saying that other farmers in the village are now copying her father and painting their dogs to look like tigers.