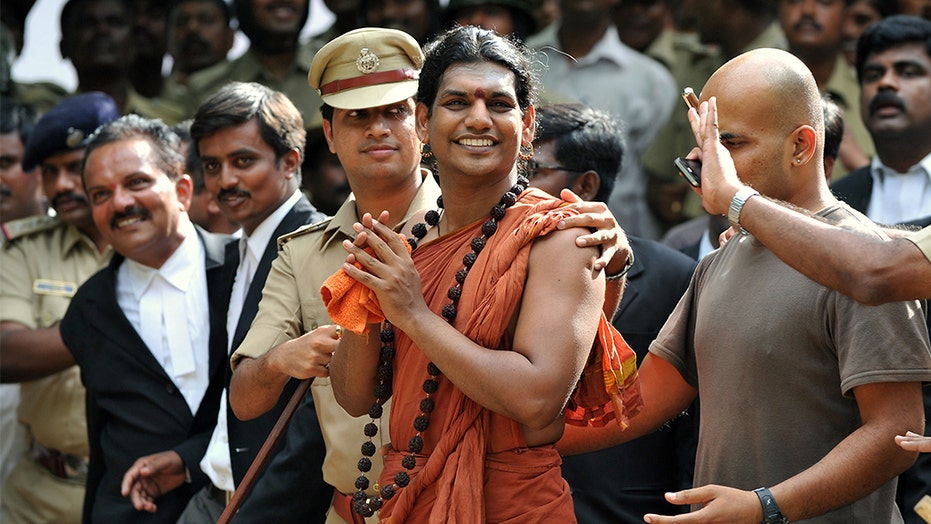 A fugitive Indian guru wanted on charges of rape and abduction in India has announced he is establishing his own country on an island off the coast of Ecuador, reports said.

Nithyananda, a self-styled Hindu “godman,” has been on the run from police in Gujarat since last month when authorities raided his ashram, a building used for spiritual purposes in Indian religions, and freed several children allegedly kidnapped and beaten.

Despite already facing charges of raping a female disciple under the guise of spirituality, Nithyananda has maintained a strong following in India.

With his current whereabouts still unknown, the 41-year-old announced he was forming a new Hindu nation called “The Republic of Kailaasa” on an island off the coast of Ecuador in South America, the Times of India reported Wednesday. The island was believed to have been purchased by several of Nithyananda’s wealthy followers.

The purported website for the “cosmic country” describes itself as “a nation without borders created by dispossessed Hindus from around the world who lost the right to practice Hinduism authentically in their own countries.”

It will have its own passports that allow their holder “free entry in all eleven dimensions and fourteen lokas, including Kailaasa,” the site said. Only practicing Hindus will be allowed to apply for citizenship, which also requires a monetary donation, the Guardian reported.

Kailaasa will have several departments of government, including education, treasury, homeland security, and health, among others, according to the site. It will also have its own flag, constitution, and banking system that will accept cryptocurrency as part of its “Dharmic economy.”

Nithyananda became infamous over his wild claims of possessing spiritual abilities, including being able to see through walls, delaying the sunrise by 40 minutes and teaching cows to speak in human tongues, according to news outlets.

The self-proclaimed swami has been a fugitive for over a year after he failed to show up for his trial in the rape case.