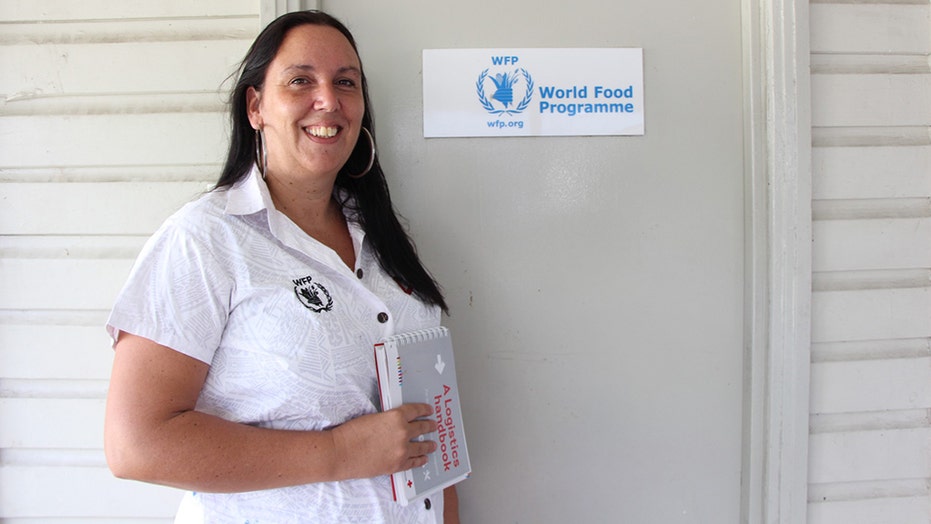 The husband of a United Nations aid worker killed at her family home in Fiji last month has been charged with one count of murder, according to Fiji police.

Jennifer Ann Downes, an Australian mother of three, was found dead in her family home on July 23 with her husband, Henry Lusaka John, left seriously injured and hospitalized for several weeks after the incident.

Police originally suspected foul play and now have officially ruled it an attempted murder-suicide following an autopsy report, according to news.com.au

The Australian Department of Foreign Affairs and Trade said the agency was assisting Downes's family last month, but declined to comment on the situation further. John, an Australian national originally from the Democratic Republic of Congo, had reportedly remained under "police guard" at a hospital in Suva, the capital of Fiji.

Downes, professionally known as Jenna Lusaka, had worked for the World Food Programme (WFP) in the food-assistance sector of the United Nations, spending five years in the Democratic Republic of Congo, as well as communities in the Pacific. She helped to enable Pacific Island countries with the tools and knowledge to prepare for and respond to disasters.

"She was a caring and vibrant logistician working in the South Pacific region," her father, Chris Downes, told the Fiji Sun last month. Through her humanitarian work over almost 20 years around the world, she made many friends who are all grieving at this loss."

"We are heartbroken at the loss of our daughter," he added.

Downes and John were recently separated and have three children, all under five years old. Chris Downes assured media outlets his grandchildren are safe and with him.

"Please be assured that our three lovely grandchildren are with us and safe," Downes told the Fiji Sun. "The Australian High Commission, the UN and the Fiji Police are being so helpful and giving us much assistance."

In an interview with the World Food Program in 2018, Downes was described as having a "good-humored nature" who remarked that her kids were "proud of their mamma."

“Being a mum to three kids under 4 has only enhanced my logistics capacities," Downes told the WFP. "I’m not only living and breathing it for eight hours a day at work; I’m the family logistician for the other 16 hours of the day! They’re really proud of their mamma which makes it even more worthwhile.”

The WFP commented on Jennifer Downes' death, exclaiming their colleagues were deeply saddened at the news of her passing and Marise Payne, the Australian foreign minister, condemned violence against women during a July visit to Fiji.

John is scheduled to appear in the Suva Magistrates Court on Monday.