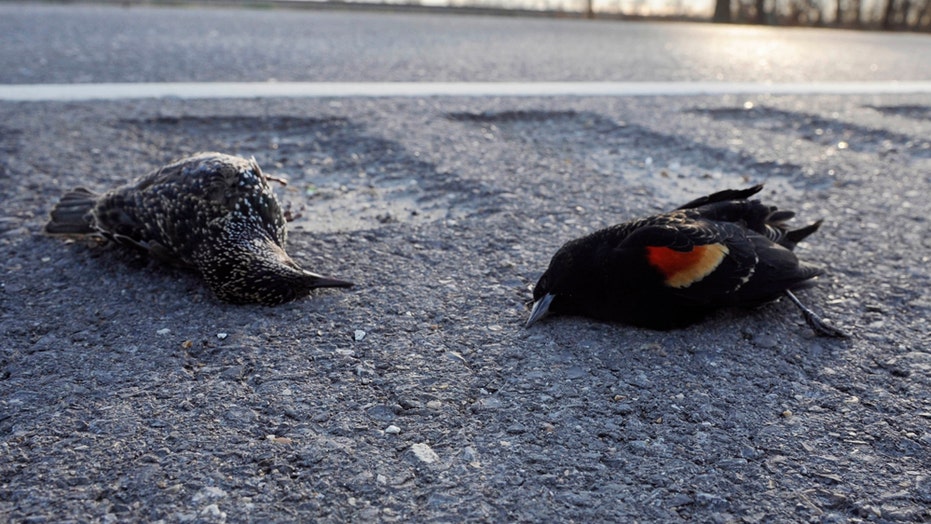 Hundreds of birds were found dead on a road in North Wales, and police say their deaths are a mystery.

Police have called in experts to figure out why more than 200 starlings all died on one country road near the village of Bodedern in Anglesey, Wales. Several others were found in hedges on the side of the road but none were found in nearby fields.

Dafydd Edwards, whose partner found the birds, said it was as if "they had dropped down dead from the sky,” according to BBC News.

Edwards said Hannah Stevens first saw the birds alive while she was on her way to an appointment on Tuesday afternoon.

SHOCKING VIDEO OF PYTHON, HONEY BADGER AND JACKALS FIGHTING EACH OTHER GOES VIRAL

"She said she saw hundreds of them flying over and thought it looked amazing but on her way back around an hour later they were all dead in the road,” Edwards said.

Stevens reported seeing the birds eating something on the road.

“We don’t know how it has happened," North Wales police rural crime team chief Dewi Evans said, according to The Guardian. "There are approximately 225 dead starling on the road itself and many others along the hedge on either side of the road. No starling apparent in the fields on either side, which is very strange."

“So we have got officers now from the animal and plant health agency who are going to seize some of these starlings with a view to having them examined, looking for poison, for example, or looking for any other thing that might have killed these animals," Evans added.