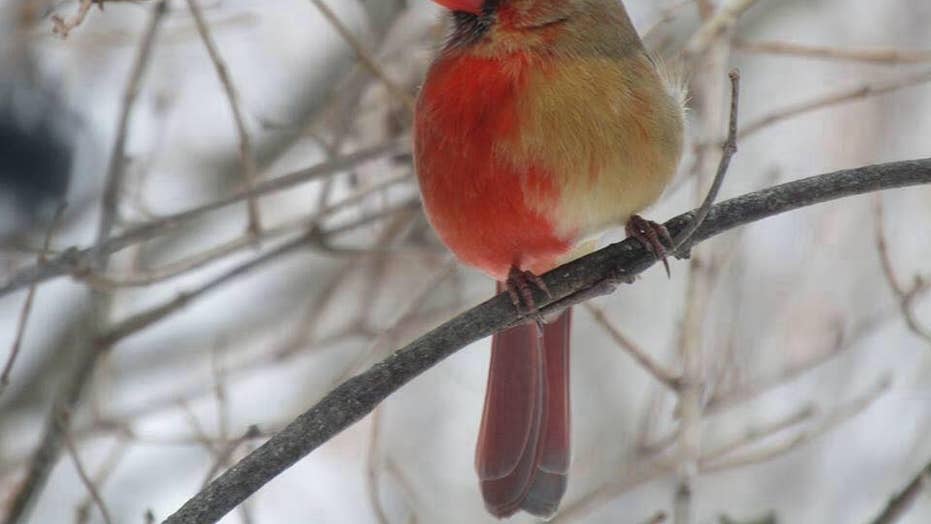 A northern cardinal with a rare genetic abnormality that gives it both male and female plumage was spotted in central Texas, Fox 5 NY reports.

The bird likely had bilateral gynandromorphism, a rare condition that causes it to be multicolored. The condition also causes the birds to have an ovary and a testis, according to the Inland Bird Banding Association, which posted pictures of the bird last month.

Members of the IBBA first spotted the bird in 2014 and continued to see it at feeders until 2016, the IBBA said in a Nov. 30 Facebook post.

Although cardinals with bilateral gynandromorphism are rare, they have been spotted before. In January, a half-male, half-female cardinal was spotted in Erie, Pa., by a couple who had been attracting birds for 25 years with backyard feeders.