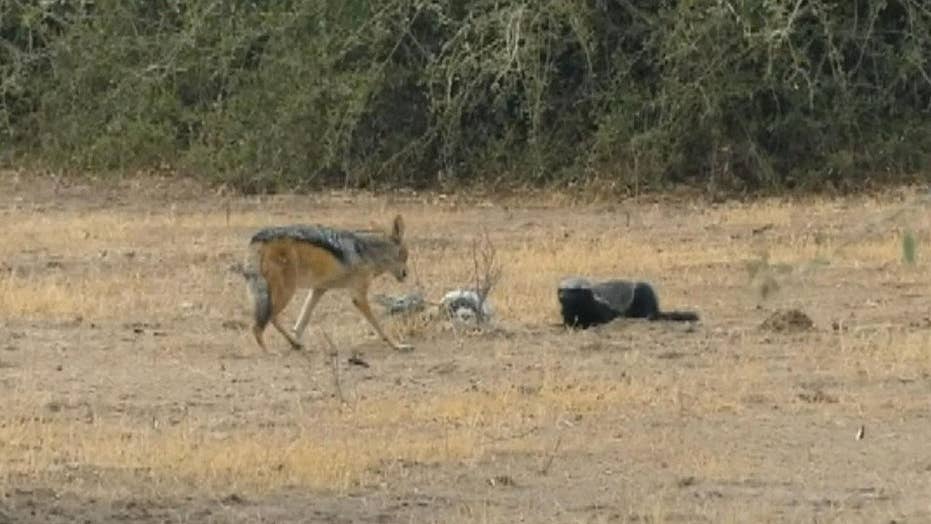 In the animal kingdom, it's kill or be killed.

A shocking video of a python, honey badger and two jackals fighting each other has gone viral after a group of tourists recorded it on safari in Africa.

According to Chobe Park's website, it is "home to Africa's largest elephant population," at approximately 120,000. "Buffalo can be easily found in equally large herds, while the river is home to a great number of hippos. Sticking with the bigger mammals, there are plenty of giraffe around, too," the park wrote on its website.

The park, which offers a wide range of tours and safaris to explore, has a "considerable" lion population, in addition to the lion's archenemy, the spotted hyena.

"Leopard are often found in the forested riverine areas, and cheetah and the endangered African wild dog in the more open grassland areas around Savuti," Chobe also said on its website.

In addition to the many mammals at the park, which include warthogs, baboons, mongooses and others, there are an abundance of reptiles and more than 450 species of birds.

The video was first reported on by the New York Post.