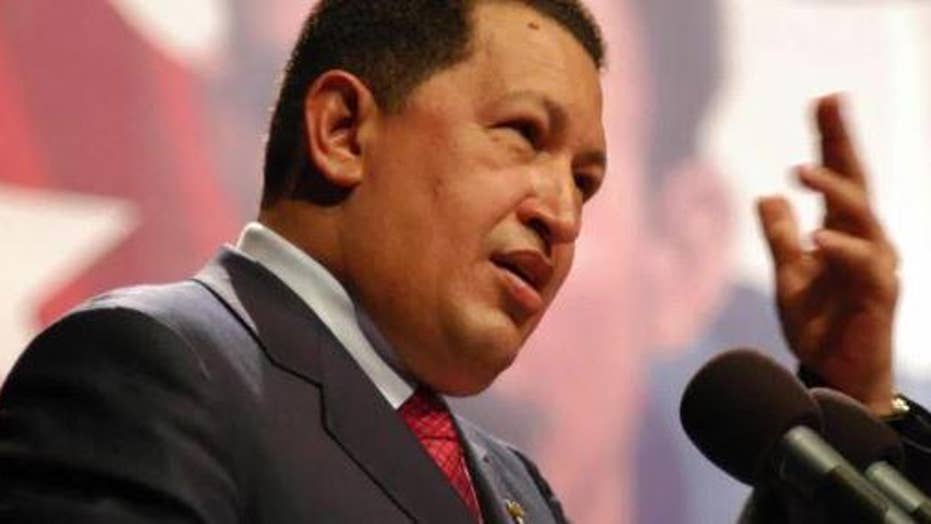 How Socialism gained a foothold in Venezuela

Venezuela was once the wealthiest country in South America, but in recent years millions have fled the country amid mass starvation and violence after socialist policies were enacted and government seized private industries.

Now, as Venezuelans struggle against the country’s current dictator, some Venezuelan exiles in the U.S. are desperately warning Americans to avoid going down a similar path.

“Socialism not only takes away from people the access to basic food and medicines, but also creates an environment in which life is worth nothing,” Giannina Raffo, who fled Venezuela in 2016 but who still works with activist organizations there, told Fox News.

Despite that situation in Venezuela, polls show Americans warming to the term “socialism” in recent years.

Venezuelans who have fled their country warn that their country’s history shows what others must watch for and avoid. 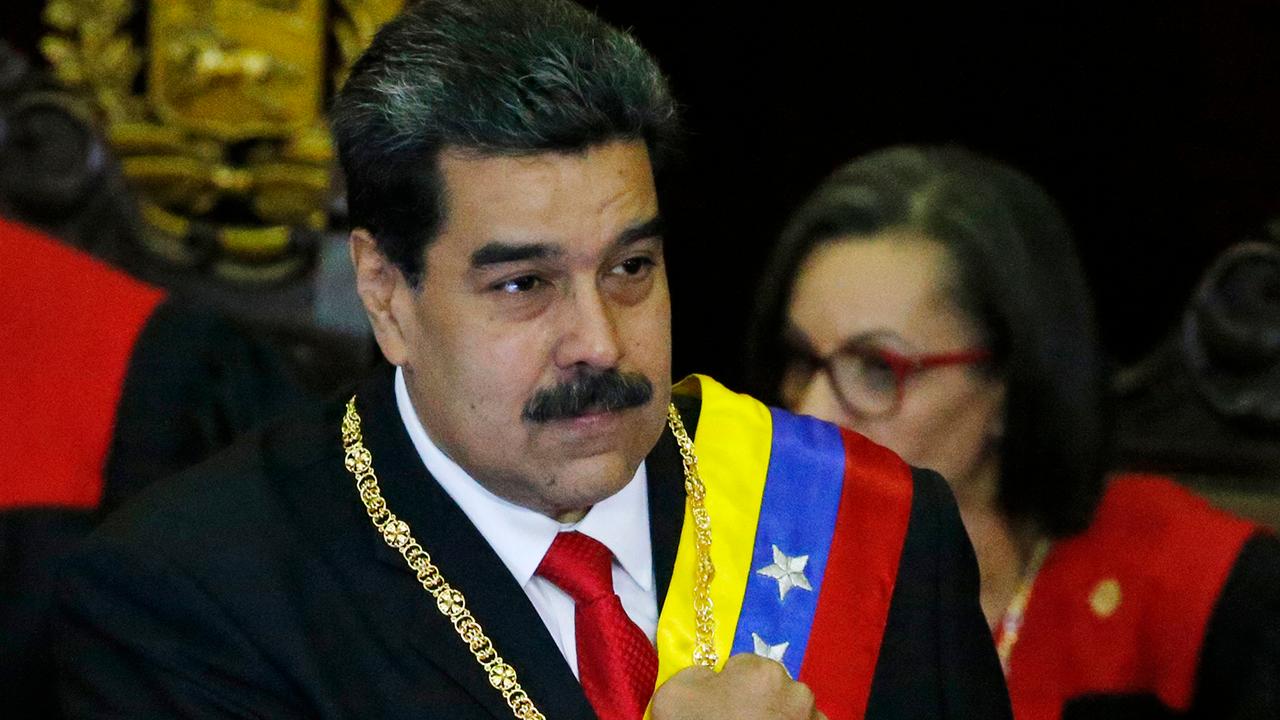 Venezuela’s journey to disaster began in 1992, when a Venezuelan lieutenant colonel named Hugo Chavez led several army units in a coup against the government. More than 100 people were killed in fighting, but his coup was defeated.

However, in the name of national unity, the government released Chavez from prison after just two years.

NIKKI HALEY LED THE WAY WITH VENEZUELA CONDEMNATION AT UN

Chavez made many positive statements about socialism after his release from prison. Almost immediately after his release, he went to Cuba and spoke before the Cuban parliament and Fidel Castro, telling them: “I do not deserve this honor. I hope I will deserve it one day... We are committed to the revolutionary work.”

Venezuela's President Nicolas Maduro walks past a painting of his predecessor, late President Hugo Chavez, inside the chambers of the Constitutional Assembly where he will give his annual address to the nation in Caracas, Venezuela, Monday, Jan. 14, 2019.  (AP Photo/Ariana Cubillos)

Four years after that, Chavez ran for the Venezuelan Presidency. During his run, he downplayed his previous radicalism – telling people that he was ''neither for savage capitalism, nor socialism, nor Communism''. Instead, he claimed to support a "third way" -- a balance between socialism and capitalism.

Chavez won the election. Maria Teresa Romero, a Venezuelan who fled to the U.S., says Chavez’s softer rhetoric was all about seizing power.

News reports from when Chavez won the Presidency in 1998 state that some Venezuelans sent their valuable property to Miami to protect it from potential confiscation.

But in the short run, their property was safe. Chavez didn't implement many socialist policies immediately.

His first priority was instead to re-write the Constitution. He was direct about it, telling the Venezuelan congress in 1999: "The constitution, and with it the ill-fated political system to which it gave birth 40 years ago, has to die. It is going to die, sirs -- accept it."

Chavez succeeded in re-writing the Constitution, which came with new rights to things like free government-provided health care, college, and “social justice”. The constitution passed a popular vote easily, with 72% of the vote.

The basic structure of both the old and new constitutions followed the U.S. model – with a Presidency, a legislative branch, and a Supreme Court.

However, after several Supreme Court rulings went against Chavez, in 2004 he “stacked the court” by passing a law to add 12 new justices to it – justices that he got to pick.

A similar move was once proposed in the United States by President Franklin D. Roosevelt, and the idea has also been proposed recently by professors angry about President Trump’s nomination of Justice Brett Kavanaugh to the court.

Only once Chavez had control of the courts and the legislature did he begin to fully advance socialist policies. 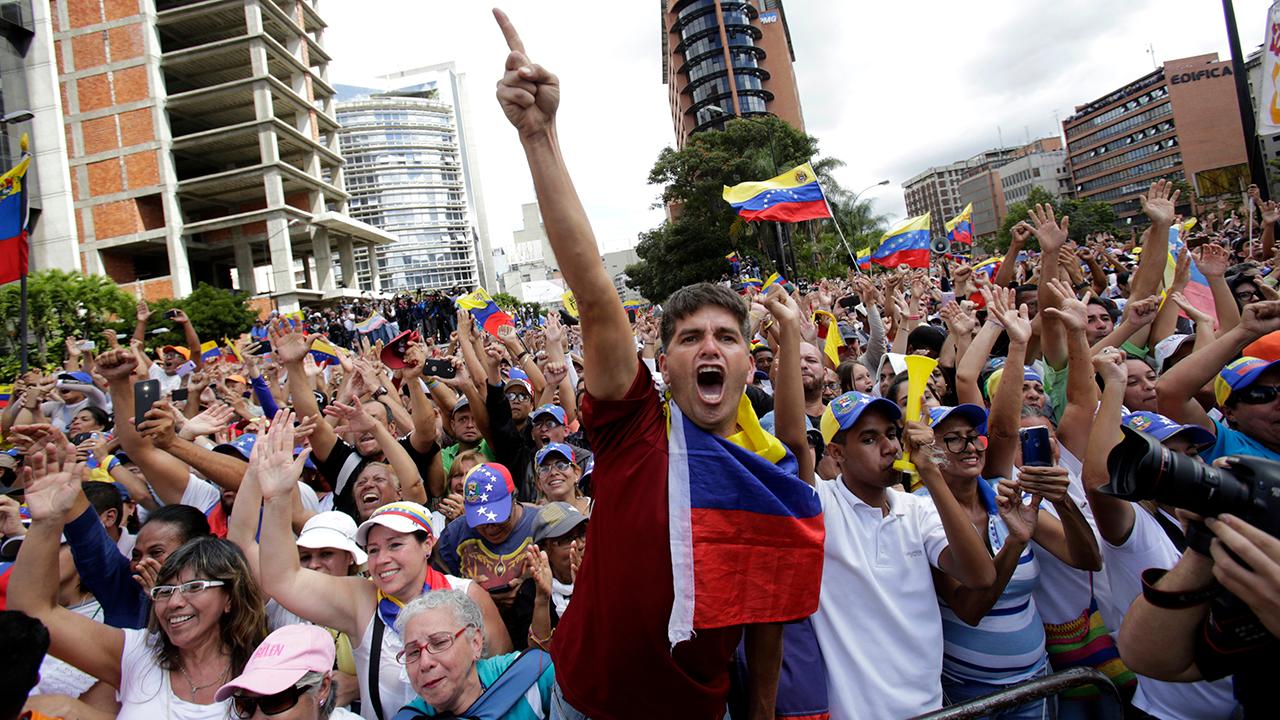 In 2006, Chavez ran for election on an overtly socialist platform, and soon after he won, he began major seizures privately-owned property.

One video shows a shop owner in tears as his business is confiscated for charging higher prices than were allowed.

“They were able to fund a lot with the oil money, and when oil prices went down, the rest of the economy had been just destroyed,” Tom Palmer, Executive VP at the Atlas Network, told Fox News.

Hundreds of people, mostly Venezuelan migrants, held a rally against Maduro and in favor of Juan Guaido, head of Venezuela's opposition-run congress who proclaimed himself president of the South American nation.  (AP)

America may be a long way from Venezuela’s tragedy, experts say. Polls show that many of the 37 percent of Americans who say they support “socialism” actually have in mind the generous welfare states seen in Europe, rather than the traditional definition of socialism – the nationalization of production.

Food was her biggest worry.

“It’s the same that Cuba has – basically you can only buy a certain amount of food per week (2 pastas, 2 milks, 1 chicken, etc).”

She noted that, often, even that amount was not available. Surveys show the average Venezuelan has lost 24 pounds.

Her family was fortunate and was able to move out of the country.

“'Living' in Venezuela was not living anymore. [My family] only spent their time trying to find food and medicines to survive. The apartment that [my family] left behind – my home for 24 years – is now empty. They are not coming back.”

She continues to be an activist and tries to help Venezuelan pro-freedom groups from the U.S.

My advice to people, especially to youth, is to never stop fighting for their freedom. Never let your country be ruined by a "Chavez" or anyone,” she said.

“Don't let someone ruin your next generations with absurd ideas of socialism. Educate and disseminate ideas of freedom as far you can.”