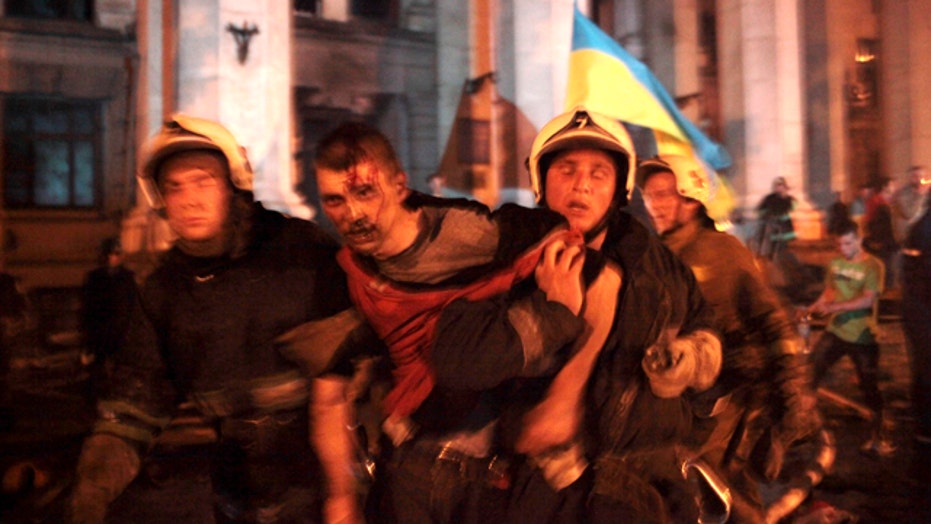 Is Russia trying to foster civil war in Ukraine?

Violence continued to spread in eastern Ukraine as Ukrainian troops engaged in gun battles with a pro-Russia militias Monday. Kiev is pushing to regain control of areas currently held by groups aligned with Moscow.

Experts say the prospect of widespread conflict in Ukraine is increasingly likely.

“Russians are trying to foster a civil war in eastern Ukraine,” Gardiner said. “The Russians though have been surprised by the level of resistance from the Ukrainian military … this is not going to be a quick repeat of the Crimea [takeover].”

Gardiner says this will be an important test case for the not only Ukraine, but also the NATO alliance and the West. Logan disagrees, saying the stakes for the U.S. are very limited.

“We should be focused on avoiding a proxy war in Ukraine between the United States and Russia,” Logan said, arguing the U.S. should stop taking on all of the world’s problems.

Gardiner says there are important implications for the future of Europe. “Most European countries are deeply concerned … the United States should be deeply concerned as well,” Gardiner said. “The last thing the U.S. needs is for a newly imperialist Russia to emerge.”

Gardiner predicts the U.S. could be drawn into a conflict in Europe if the Russians are allowed to get away with “naked aggression” in Ukraine.

Logan thinks the burden of protecting NATO allies from Moscow aggression must not fall solely on America’s shoulders. European nations need to boost their own defense spending, which he says is already happening.

He sees the future situation in Ukraine as “uncertain,” while Gardiner believes it’s only the beginning of Russian aggression in Eastern Europe.

Watch the full interview with Justin Logan and Nile Gardiner above.