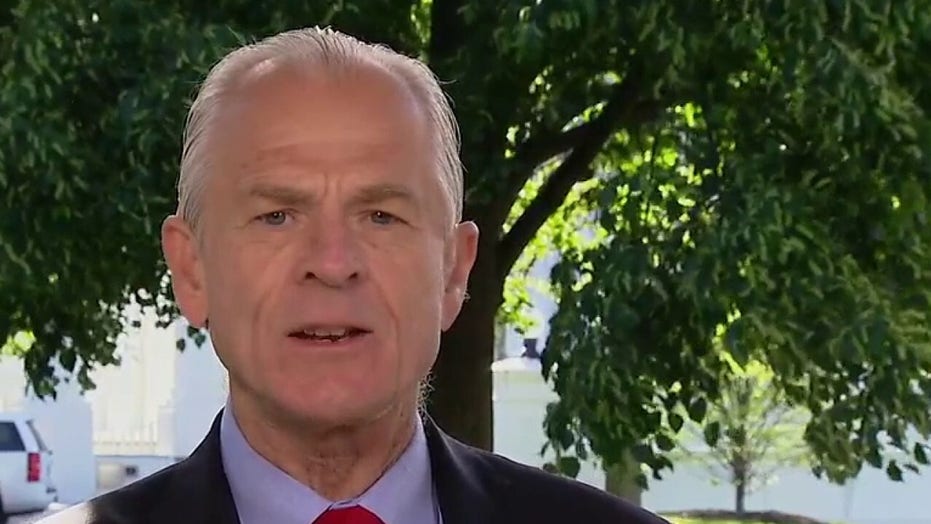 Navarro: China inflicted trillions in damages, should be compensation

Peter Navarro discusses how the coronavirus has 'heighted the need' to bring manufacturing home and says the U.S. should receive some form of compensatory damages from China

The coronavirus pandemic has infected more than 4.1 million people globally and killed some 285,500 people since it first emerged from the Chinese city of Wuhan late last year.

Since then, nations have scrambled to address the crisis within their own borders while largely ignoring China’s extrajudicial internment of 1 million minority Uyghurs in concentration camps.

A perimeter fence is constructed around what is officially known as a vocational skills education centre in Dabancheng in Xinjiang Uighur Autonomous Region, China September 4, 2018.

China has maintained that the camps, located in its western Xinjiang region, are "re-education centers" aimed at providing jobs and language skills for Uyghurs, who are primarily Muslim. Human rights groups estimate some 80,000 Uyghurs have been transferred to forced labor factories throughout China before and after the COVID-19 outbreak while the majority of the population was ordered to stay sheltered in place for their safety.

“There is a disregard for [the Uyghurs’] health because cross border travel restrictions were put in place to prevent the spread and protect individuals from themselves,” Louisa Greve, director of global advocacy for the Uyghur Human Rights Project, told Fox News. “At a minimum, it's a disregard for their health.”

Despite some international condemnation over China’s treatment of the Uyghurs, the pandemic has provided the government with a cover to carry on with “business as usual,” said Anna Hayes, a researcher and professor of Politics and International Relations at James Cook University in Australia.

“Since the COVID-19 [pandemic], the government said you need to go back into production now. So those workers who have been on a bit of a furlough, they have now been sent back into forced labor,” Hayes told Fox News.

China’s brutal crackdown on Uyghurs in the Xinjiang Uyghur Autonomous Region (XUAR) long preceded the nationwide lockdown after the outbreak of COVID-19. The multitude of checkpoints already in place made the virus spreading in the region less likely.

Meanwhile, the poor conditions in the camps make them fertile ground for an outbreak should the virus be brought in.

“There’s overcrowding, there are poor sanitary conditions, and there have already been outbreaks of lice, and tuberculosis in the camps. So the environment is such that COVID-19 outbreak is really something that is quite likely to happen should an infected person go in there,” Hayes said.

But despite activists’ efforts in bringing these concentration camps to light, much remains unknown about them given the highly secretive nature of the Chinese Communist Party (CCP). Consequently, official numbers of COVID-19 cases and deaths in the camps are hard to gauge.

As of Monday, Xinjiang has confirmed only 76 cases of the novel coronavirus with three deaths. In total, China has confirmed 82,918 cases with 4,633 deaths – though health experts believe those numbers are likely much higher.