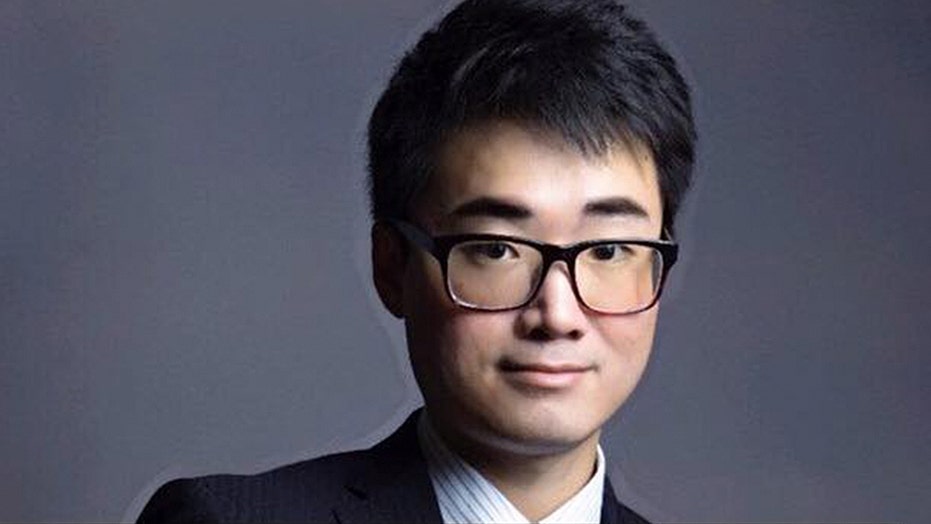 The British Consulate employee in Hong Kong who was reported missing after a business trip to China has been detained for 15 days after he allegedly violated a public order, Chinese officials confirmed Wednesday.

Foreign Ministry spokesman Gen Shuang said at a briefing that Simon Cheng Man-kit, 28, was sentenced to 15 days of administrative detention in Shenzhen after he allegedly violated a law on public order.

He said that despite earlier concerns, Cheng’s arrest was “not a diplomatic issue” and that he violated regulations on “Punishments on Public Order and Security Administration.”

Simon Cheng Man-kit, 28, was reported missing on August 9, just one day after attending a business trip in China.  (Facebook)

Such laws prohibit things like public fighting and are punishable by up to 15 days in detention.

Despite denying that the consulate employee’s detainment was political in nature, Shuang issued a warning to British officials: "stop meddling in Hong Kong affairs."

“Regarding the series of words and deeds by the British side recently on Hong Kong-related issues, we have repeatedly lodged solemn complaints with the U.K.," he continued.

Cheng, who worked as a trade and investment officer with the Scottish Development International section of the consulate, was last seen on August 8 at a business event in the city he eventually was detained in.

British officials released a statement Tuesday confirming Cheng’s disappearance and state that officials were “extremely concerned” that he had been detained in China.

Hong Kong police on Tuesday confirmed it had received a report on Aug. 9, 2019, about a British Foreign Ministry employee who has been missing since crossing into China on a business trip. (AP)

Shuang initially said that the Foreign Ministry office was “not aware” of Cheng’s disappearance or detainment, despite reports from Hong Kong police that they were looking into his case on August 9.

He confirmed Wednesday that Cheng was a resident of Hong Kong and not a British citizen.

A supporter holds a British flag outside of the British Consulate in Hong Kong during a rally in support of an employee of the consulate who was detained while returning from a trip to China, Wednesday, Aug. 21, 2019. (AP Photo/Vincent Yu)

Meanwhile, hundreds of members of the People's Armed Police, as well as paramilitary vehicles, have been photographed across the border at a Shenzhen soccer stadium. The stadium is just across a bridge that is one of the main access roads between the mainland and Hong Kong.

Hong Kong was a British colony until it was returned to Chinese rule in 1997.