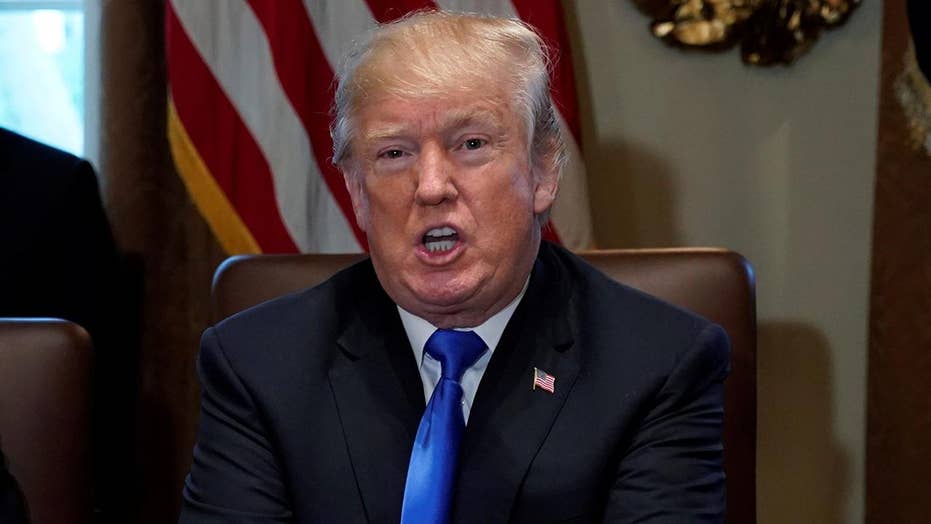 Trump threatens to cut aid ahead of UN Jerusalem vote

"We are talking about the excellent relations that we have had as nations since Guatemala supported the creation of the state of Israel," Morales wrote in the translated Facebook post.

On Nov. 29, 1947, when the U.N. voted to partition the British mandate of Palestine into separate Jewish and Arab states, the countries did not vote in alphabetical order starting with “A.”

Instead, the U.N. put the names of all of the member countries in a hat -- then picked one, started with that country and went in alphabetical order from there.

By sheer chance, the country picked out of the hat, and thus the very first country to vote for the creation of the modern state of Israel, was Guatemala.

This year, Guatemala was one of the countries that did not vote with the United Nations when it declared in a non-binding resolution that Trump's decision to recognize Jerusalem as the capital of Israel was "null and void."

Moving the US embassy to Jerusalem is not a new idea

Since Israel's founding, 12 successive presidents have struggled to solve the Israeli-Palestinian conflict; James Rosen takes a look back for 'Special Report.'

In addition, 35 countries abstained from the vote and 21 were "absent." In all, 128 countries supported the measure.

U.S. Ambassador to the U.N. Nikki Haley, who had warned the U.S. would take names after the vote, singled out the countries that did not vote for the resolution, inviting them to a January reception to "thank you for your friendship to the United States."

No other country has its embassy for Israel in Jerusalem, though the Czech Republic has said it is considering such a move.

Neither the U.S. nor Guatemala specified exactly when its embassy would move.

Netanyahu had predicted others would follow the U.S. lead. He has made great efforts to reach out to Latin America in recent years as part of a campaign to counter longstanding support for the Palestinians at the United Nations.

Trump said he was merely recognizing reality and not prejudging negotiations on the future borders of the city. Israel naturally gave its support while Palestinians saw the move as siding with Israel on the most sensitive issue in the Israel-Palestinian conflict.

Israel claims all of Jerusalem as its capital, while the Palestinians claim the city's eastern sector, which was captured by Israel in 1967 and is home to sensitive religious Jewish, Muslim and Christian sites. Many governments have long said that the fate of Jerusalem must be resolved through negotiations.

Trump's announcement has set off weeks of fighting between Palestinian protesters and Israeli security forces that have left 12 Palestinians dead.

The 128-9 U.N. vote was seen as a victory for Palestinians, but fell short of the total they had predicted.