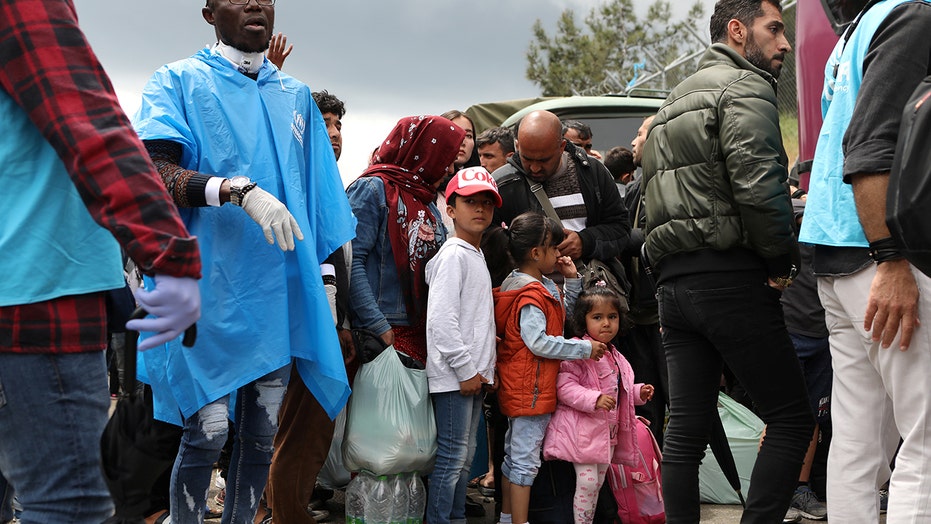 Greece on Sunday began shipping hundreds of migrants from the island of Lesbos to government facilities on the mainland to reduce crowding amid the coronavirus pandemic, according to a report.

Authorities on the island planned to transfer a group of about 395 migrants seen as vulnerable to the mainland via ship, a police official, who declined to give his name, told Reuters. A Migration Ministry official said the goal is to eventually transfer about 2,400 from island camps to mainland Greece.

This comes after the European Union asked Greece to move migrants most at risk of contracting COVID-19 from overcrowded camps on its islands in the Mediterranean and the Aegean seas.

Migrants from the Moria camp wait to board busses to the port, from where they will be transferred to the mainland as a precaution against the spread of the coronavirus disease (COVID-19) outbreak, on the island of Lesbos, Greece, May 3, 2020. REUTERS/Elias Marcou - RC21HG917AWW

Athens had resisted transferring migrants to the mainland, arguing no coronavirus cases had been documented in Greek island camps, while the novel virus spread in other areas of the country, Reuters reported.

Lesbos’ notorious Moria Camp, built to accommodate less than 3,000 people, houses more than 18,000 migrants, and has been the subject of controversy even before Greece identified its first confirmed coronavirus case in late February, The Guardian reported.

As the outbreak worsened, Greece went into lockdown on March 23, forcing most non-governmental organizations (NGOs) working in migrant camps to cease operations and close centers. At least 110,000 people live in migrant facilities across Greece, some 40,000 of whom remain in migrant camps on five separate Greek islands, Reuters reported.

Greece, as of Monday, has recorded at least 2,626 confirmed cases among its non-migrant population, with at least 146 deaths. The country hasn’t been as badly affected compared to other European hotspots in Italy, Spain, and France, which have seen some of the most infections and deaths in the world.

Protests had erupted on Lesbos and Crios in early February, eventually turning violent on the fourth consecutive day, with mobs attacking police deployed from the mainland to guard construction sites for new migrant centers on the islands.

After years of living on the frontline of the refugee crisis, Lesbos and Chios residents opposed the government building new migrant detention centers on their islands, and, instead, wanted asylum seekers relocated to the mainland while they’re processed or await deportation.

The Aegean Islands had seen a resurgence in migrant influx in recent months -- comparable to heights seen in 2016 during the peak of the Syrian Civil War. More than a million migrants arrived in the Greek islands from Turkey in 2015 and 2016, Reuters reported.

As Russian-backed regime forces continued their offensive against Syrian rebel groups in Idlib, Greek islanders anticipated more refugees smuggled out of Turkey would reach their shores.