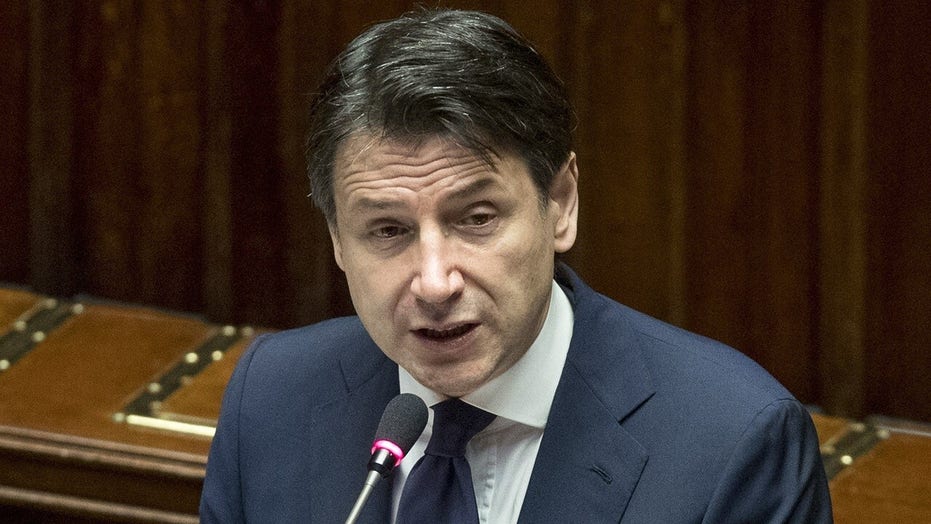 Italy, Spain, and France have all recorded their lowest daily spike in fatalities to date.

Italy, the first country in the world to implement a nationwide lockdown on March 10, is allowing parks and public gardens to reopen starting Monday.

For the first time in nearly two months, Italians are permitted to visit relatives within the same region. Restaurants can offer takeaway, and athletes can resume training for individual sports.

Italy remains the hardest hit in Europe after the novel virus broke out of China, where it first originated in the city of Wuhan in the Hubei province in late November.

A cyclist rides along an empty Galleria Vittorio Emanuele II shopping arcade following Italy's lockdown due to the COVID-19 emergency, in Milan, Italy, Thursday, April 30, 2020. Italy is in its eighth week of national lockdown, with some partial easing of restrictions on everyday life slated to take effect on Monday, with lifting of yet more limits set for later in coming weeks, on condition the rate of contagion doesn’t sharply start rising again. (Claudio Furlan/LaPresse via AP)

Prime Minister Giuseppe Conte has stressed that people must maintain social distancing and avoid large gatherings in order for the country to advance to the next phase on May 18.

At that point, shops, museums, and libraries can welcome guests. By June 1, bars, restaurant dining areas, cafes, and beauty salons can once again reopen. Schools, however, will remain closed until September, he said.

Italy recorded some 1,400 new cases on Sunday – compared to its record daily spike on March 21, when about 6,600 new infections were identified within a 24-period.

As of Monday, Italy was the third most-infected country in the world, recording at least 210,717 confirmed coronavirus cases, falling behind only the United States and Spain. Italy ranks second in the global tally of fatalities, with 28,884 deaths, according to Johns Hopkins University.

Starting Monday, masks will be mandatory for all those riding on public transportation in Spain as the country eases on its lockdown first implemented on March 14.

Spanish Prime Minister Pedro Sanchez said his government would give out 6 million masks to various transportation locations, as well as an additional 7 million masks to local authorities, the BBC reported.

For the first time in seven weeks, most adults on Saturday were permitted outdoors to exercise, walk or play individual sports between 06:00 and 10:00, and between 20:00 and 23:00.

Under “la cuarentena” - or quarantine in Spanish - people were only allowed to step outdoors to visit the grocery store or the pharmacy, to briefly walk their dogs or to go to work if working from home was not possible.

People exercises in a seafront promenade in this photo taken with a telephoto lens in Barcelona, Spain, Saturday, May 2, 2020. Spaniards have filled the streets of the country to do exercise for the first time after seven weeks of confinement in their homes to fight the coronavirus pandemic. People ran, walked, or rode bicycles under a brilliant sunny sky in Barcelona on Saturday, where many flocked to the maritime promenade to get as close as possible to the still off-limits beach. (AP Photo/Emilio Morenatti)

On April 26, Spanish children under the age of 14 were allowed to step outside for the first time in 44 days for one hour of supervised activity a day, so long as they remain within 1 kilometer, or about half a mile, of their homes.

As of Monday, Spain is the second most-infected country in the world, with at least 217,466 confirmed coronavirus cases, falling behind only the United States. It has the fourth-highest death toll in the world, with 25,264 fatalities.

France will begin easing lockdown measures on May 11 but has extended its state of emergency until at least July 24.

French government spokeswoman Sibeth Ndiaye said Sunday that the government planned to implement a two-week quarantine for all travelers – both French citizens and foreign nationals – entering the country from anywhere other than the United Kingdom or Europe's Schengen open-border area.

Ndiaye added that the government would release a list of at-risk countries but did not provide further details, according to Sky News.

If a downward trajectory in daily cases continues, French children will return to school, some businesses will reopen and people will be allowed to travel within about 60 miles of their homes starting May 11.

As of Monday, France ranked fifth in the world for infections and fatalities, recording at least 168,925 confirmed cases, with at least 24,900 deaths, according to Johns Hopkins University.