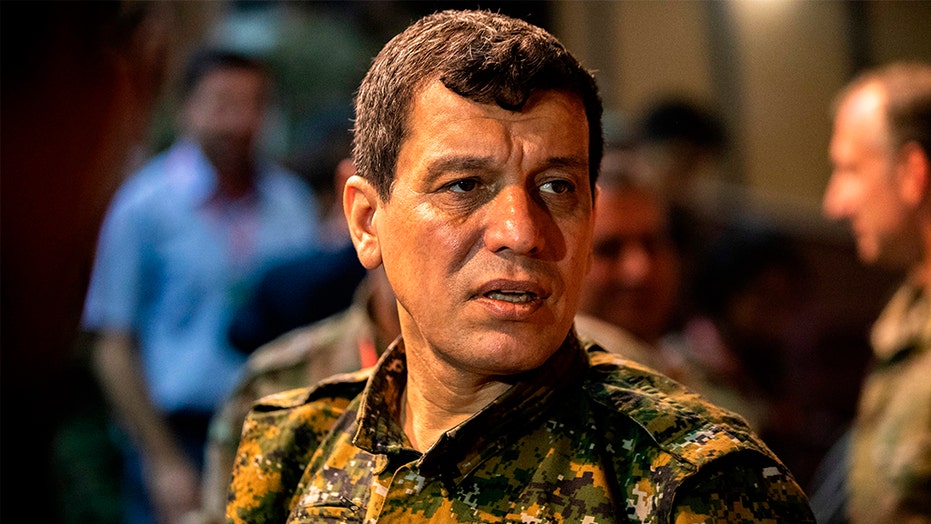 A bipartisan group of senators on Wednesday requested that the State Department expedite a visa for the Kurdish commander of the Syrian Democratic Forces (SDF) so he can travel to the U.S. and describe the situation on the ground in Syria.

The State Department has yet to respond to Fox News' request for comment.

Turmoil and violence among the Kurds and Turks in the region have ratcheted up on the heels of Trump's decision.

"To say we are extremely concerned with the situation unfolding in northern Syria is an understatement," the senators said.

The group met with Ilham Ahmed, the leading civilian representative of the Syrian Democratic Council -- the SDF's political arm -- in the United States while he is here "on an emergency mission to stop the ongoing hostilities against the Syrian Kurds and other coalitions fighting ISIS," they said.

"We also believe that it would be very beneficial for Congress and the administration to hear directly from the military leadership of the SDF about the situation on the ground and the fight against ISIS," Graham and others said.

A visa for Mazloum, who oversees daily operations in the fight against the Islamic State terror group (ISIS), should be expeditated and the State Department should issue "any applicable waiver that might be required," the senators said.

Trump on Wednesday announced a "permanent cease-fire" in Syria between the Kurds and Turkey following a temporary 120-hour peace agreement, which included Turkish threats made to get the Kurds to leave a 20-mile-wide buffer zone at the Turk-Syrian border.

The U.S. did something "very, very special," said the president.

Trump has drawn fire over essentially giving the go-ahead for Turkish President Recep Tayyip Erdogan to launch a military offensive into Syria on Oct. 9 to push the Kurds out of the region. The move to pull U.S. troops from northeastern Syria was seen by many political analysts and experts as abandoning the Kurds, who fought alongside American forces to root out ISIS.

Trump tweeted on Thursday that oil fields in Syria had been "held by ISIS until the United States took them over with the help of the Kurds." Nearly all U.S. troops were withdrawn from Syria but some will remain to safeguard the fields, the president said Wednesday.

"We will [never] let a reconstituted ISIS have those fields," the president said, pointing out that he had a conversation with Mazloum, who "appreciates what we have done."

"[And] I appreciate what the Kurds have done. Perhaps it is time for the Kurds to start heading to the Oil Region!" Trump added.

Experts said Turkey's goal has always been to put an end to a potential Kurdish state along its border with Syria, as Ankara regards many of the Kurds as terrorists.

In their letter to Pompeo, the senators said the decision to pull back 1,000 U.S. troops "has grave consequences for U.S. national security and our allies and partners in the region."

There are several ISIS prisons in the buffer region that are reportedly filled with captured terrorists, and it's unclear who will be responsible for them. There were reports that some 100 ISIS members had already escaped, as the Kurds -- who had been guarding the prisons -- were pulled away to defend against the Turks.

MORE THAN 100 ISIS PRISONERS IN SYRIA ARE ON THE LOOSE FOLLOWING TURKEY'S INVASION, US ENVOY SAYS

Not only that, but the Syrian regime led by Bashar Assad has "slaughtered hundreds of thousands of its own people" with the assistance of Iran and Russia, according to the senators. Turkey and Russia announced Tuesday that the two nations will conduct joint patrols along the border region following the removal of Kurdish forces there.

"Now Turkey, against tremendous international pressure, has embarked on an invasion of the northern part of Syria and displaced tens of thousands of people, and killed hundreds more in an attempt to remove our partners on the ground who helped rid the world of the scourge of the ISIS caliphate," the senators said.

"While everyone suffered from this difficult fight, the SDF lost more than 10,000 fighters, far more than anyone else," they added.