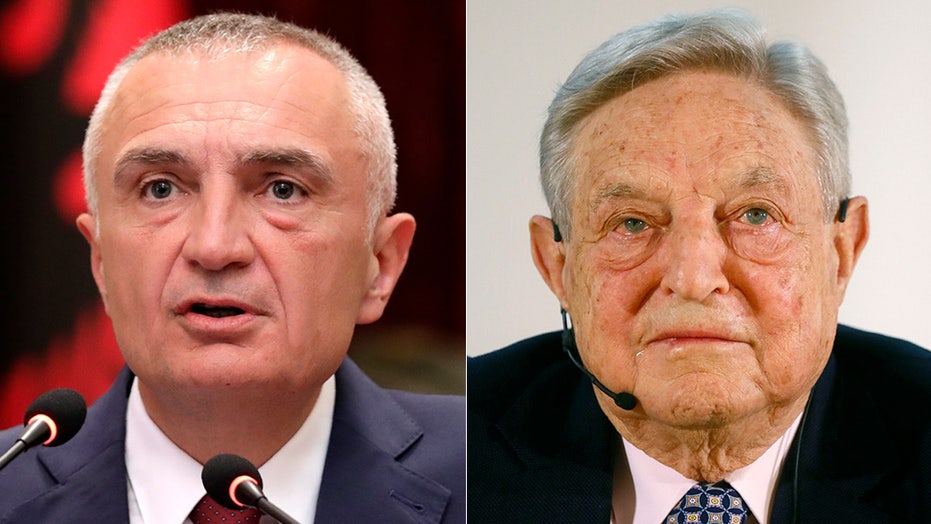 The president of Albania on Tuesday denounced municipal elections that took place on Sunday as a “farce,” accusing left-wing billionaire philanthropist George Soros of being involved in a “conspiracy.”

Ilir Meta said Soros, something of a bogeyman among right-wing circles, was responsible for “a conspiracy aimed at totally capturing the state”, according to the English language website Balkan Insight. He offered no evidence to back up his claims.

During a press conference Tuesday, Meta reportedly said: “I do have some words about honored billionaire George Soros. I failed to listen carefully to [Hungarian Prime Minister] Viktor Orban in January 2000, when I was speaking with love about George Soros because truth be told, he helped us when we were in opposition, and [Orban] told me: ‘Be aware because he is not that democratic and often conspires against democracy.”

He also lashed out at the international community – including the U.S. and the European Union - calling on diplomats “to not become ridiculous and not play with our constitution”, according to Italian news agency Ansa.

Meta had previously tried to cancel Sunday’s elections, saying they would be undemocratic without the participation of Albania's opposition, which boycotted the vote.

But Prime Minister Edi Rama of the ruling Socialist Party ordered the elections for mayors and local council members held Sunday, and his party is expected to receive the most votes by a significant margin. Preliminary results were expected Tuesday but were delayed.

The opposition has claimed that the low turnout — 21.6 percent — showed that Sunday's elections were unconstitutional and illegal. International observers said the lack of opposition participation meant that the vote was held “with little regard for the interests of the electorate”.

Meta has proposed new municipal and early general elections in October, but it is unlikely to be accepted by the Socialists.

Meta was elected president in 2017, but the Albanian parliament, which is controlled by the Socialists, has put him under investigation and is seeking to oust him.

Opposition center-right lawmakers relinquished their seats in parliament and have led protests since mid-February, accusing the government of corruption and vote-rigging in previous elections. Rama and his party deny the allegations.

Hungarian-American financier Soros is a regular target of some right-wing circles thanks to his funding of left-wing causes across Europe and the U.S.

Hungary’s nationalist government last year passed a “Stop Soros” package to curtail his activities via his Open Society Foundations – including a measure making it illegal for non-governmental organizations to organize illegal immigration into the country.