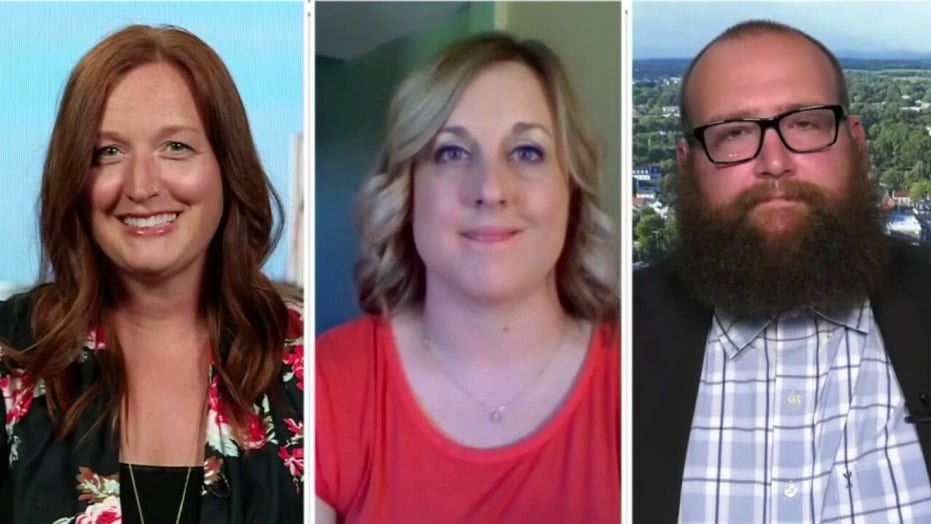 For most of 2020, American lives have been upended – and for foster families and children, the interruption has been dramatic.

It could take months – if not years – to get back to baseline, experts caution. Family courts had to stop taking cases for much of the year and are now backlogged. Children have been prevented from moving to different homes out of fear of spreading the novel coronavirus.

Some foster parents have altogether stopped taking in new children out of concern for the contagion affecting their household. Social workers cannot routinely enter homes to monitor a child's wellbeing, and there is growing concern over rising abuse and neglect, given the now-limited contact a foster child has with the outside world or teachers, who are the ones who typically document abuses.

"The COVID-19-related crisis leaves children without adequate support and brings them to a higher risk for health issues, lack of education, homelessness, and violence," Mariana Dahan, the founder and CEO of World Identity Network,  a Global Ambassador to Hope and Homes For Children and an Expert Committee Member at the United Nations Department of Economic and Social Affairs, told Fox News. "The lockdown prevented social workers from assisting families in need."

And it all comes at a time of chaos and confusion, a time when foster children need protection and guidance the most.

Chelsea Phaire poses with art kits before sending them to kids in homeless shelters and foster care. (Courtesy Chelsea's Charity)

As it stands, according to data from the Department of Health and Human Services, there are over 400,000 U.S. children in foster care, with around one-third eligible for adoption. Many anticipate with all the economic and health challenges brought on by the contagion – which has infected more than 4.1 million Americans and killed over 150,000 – the number of new children entering the already overburdened system will only escalate, with fewer families able to take in foster children given the economic downturn.

One of the most significant burdens has been the indefinite suspension of family visits in most states.

And digital technology simply does not cut it when it comes to home inspections.

"This has impacted every facet of the foster care world in various ways. It's hard to get casework done. We can use Zoom and other technologies for families to communicate, but the connection just isn't there," said Irene Clements, Executive Director of National Foster Parent Association (NFPA). "It's great to see people, but you can't feel them and experience the same connection that you can in-person."

A TECH TOOLBOX OF NEW AND OLD: INSIDE THE PAINFUL QUEST OF RELOCATING FAMILY MISSING IN WAR

Clements said that if agencies and families had enough Personal Protective Equipment (PPE) to feel safe, personal connections could potentially resume – but facilitators across the country simply don't have the money or manpower to do this.

It also remains somewhat unclear if – and how much – abuse in foster homes may have risen since the shelter-in-place orders began in March. Typically, schoolteachers, coaches, doctors, and other adults in positions are the ones required by law to identify and report potential abuse and neglect. But without school and socializing, many such incidences are likely to have slipped through the societal cracks.

"In some states, it has stopped all in-person visits, paused adoptions pushed back court cases. When you are quarantined with your abuser, you were kept isolated. Therefore, the properly mandated reporters such as teachers would not be able to report abuse," lamented Keri Vellis, a California-based foster and adoption advocate and author. "In some cases, resources such as therapy might not be available for children."

Under a court ruling called the Flores decision, the federal government must release children within 72 hours from detention to live with a relative, foster care or a charity. (AP)

In her view, more needs to be done by state and local leaders to ensure that "children are supported by possibly setting up a team to reach out to foster parents seeing how they could be better (helped)."

Yet experts also point out that abuse – in a similar vein to domestic violence – spikes during times of economic hardship and elevated stress.

State authorities in places including New York, Wisconsin, Pennsylvania, Illinois, and Oregon, have noted that child abuse-related reports have fallen between 20 and 70 percent in the initial weeks of lockdown. Yet this isn't considered to be a good thing given that children in the system had endured little exposure to adults outside the home setting.

Adding to the laundry list of quandaries, family reunification – which is generally the goal for agencies overseeing and facilitating foster care – has been rendered next to impossible with the stringent isolation measures for all parties involved in the process. And for those aging out of the system – between the ages of 18 and 21, depending on the state – are also faced with limited job and education prospects as a result of the health crisis, layered with past traumas and the difficulties associated with unstable childhoods.

The closure of the courts and widespread travel ban also means that the adoption process across the U.S. has mostly ground to a halt – complicating the procedure on both a domestic and international level. Prospective parents can't get out to complete paperwork or meet their new child, and similarly children without U.S. passports – which are only being issued by the Department of State on an emergency basis – face protracted waits and obstacles.

And this is far from a problem unique to Americans. Across the world, the orphaned and abandoned children are likely to bear the biggest brunt of the coronavirus fallout. In a number of countries, once a child is placed in the orphan system, their identification papers are erased to make it easier and more "cost-effective" to give them away, making any potential family reunification down the line virtually insurmountable.

"For us, the travel restrictions have kept our U.S. staff from being able to travel to the village to check up on operations and assess areas of progress needed," said Kayla Shanks, program coordinator for the Global Orphan Foundation, which aids orphanages in the Democratic Republic of Congo (DRC). "We typically travel there 3-4 times a year, and at this point, we're unsure when it will be safe for us to go there again."

An estimated 1.5 billion children are now missing school, and it remains to be seen in many countries when proper classroom and supervised learning will recommence. Coupled with the sudden onslaught of unemployment and financial hardships – the International Labor Organization has cautioned that some 200 million will lose their jobs this year – and the uptick of death and illness among parents and caregivers, children are then rendered much more vulnerable to human trafficking rings or child marriage.

According to Dahan, for parents who were already going through tremendous hardships to provide for their children, COVID-19 resulted in lost jobs and income. Many of them are now at the brink of separation with their children, whom they can't feed, or provide adequate healthcare.

"Oftentimes, single parents with little or no support from other family members, have no other choice than placing their kids in orphanages. UN estimates that maternal mortality will see a spike of 24,000 deaths during 2020, as a result of COVID-19, according to the report," she continued. "295,000 women were already estimated to die during or shortly after pregnancy in 2020, thus leaving behind vulnerable children."

Take the case of Alina – who could only be identified by her first name due to privacy concerns – a native of Europe's poorest country, Moldova, and an orphan herself. The single mother to five children aged between 2 and 14 years, having lost her husband a year ago to cancer, struggled for months to find a job and adequately provide for her children. When coronavirus hit this year, her modest child support benefits disappeared, and she could no longer go to work – and was forced to make the heartbreaking decision to send her children away to three separate institutions, while she purported to get work as a janitor in a tiny village at the border with Romania.

Alina and her family in Moldova before separation (World Identity Network)

She has since turned to Dahan and the World Identity Network team to assist in her uphill battle to reunite her scattered family.

The United Nations Children's Fund (UNICEF) reported in late May that the number of children living in poor households in countries classified as low- to middle-income is slated to increase 15 percent, topping more than 670 million by 2020's end.

Subsequently, girls are then "stripped of educational opportunities and subjugated to lives of chores, childbearing, and domestic violence," UNICEF says. The World Health Organization (WHO) additionally claims that child marriage is one of the leading causes of death for girls ages 15 to 19, stemming from complications from pregnancy or childbirth.

"The humanitarian response to the pandemic would be greatly enhanced by emphasizing investment and support for childcare," Dahan added. "Investment in supporting families and communities to care for children, instead of squandering funds by concentrating them in orphanages, is required now more than at any other time."