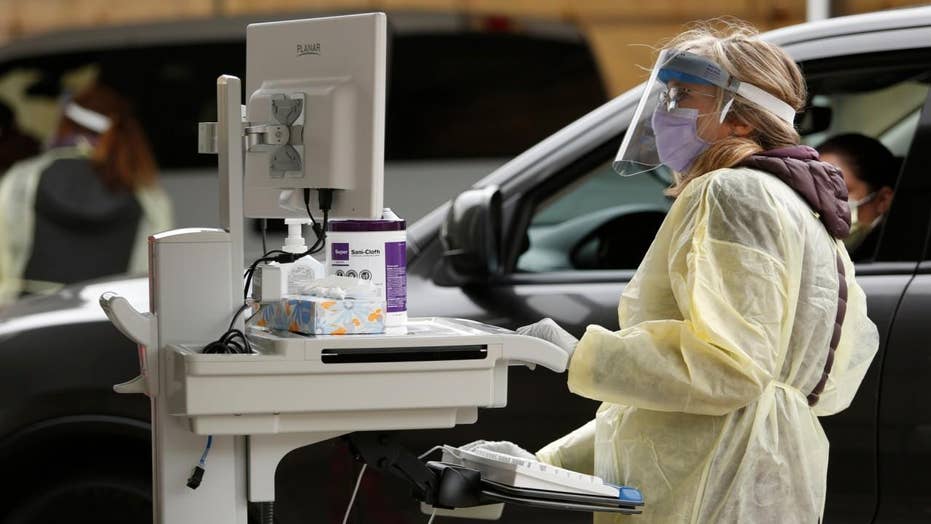 As millions are mandated to remain at home to curb coronavirus, domestic violence and child abuse cases are on the rise.

In several interviews conducted by Fox News in recent weeks, police – for the most part – pointed to a spike in domestic violence as a result of the protracted shelter-in-place.

Emergency calls for domestic violence disturbances and violence grew on average between 10 and 30 percent over the past few weeks, according to a USA Today analysis of crime data from 53 law enforcement agencies in 24 states.

States such as Virginia reported a rise in domestic violence hotline calls – upward of 76 percent – after homebound orders were issued in March. Police in Seattle reported a 22 percent jump in domestic violence 911 calls in March compared to the same time a year ago, San Antonio's numbers leaped 21 percent, New York's Nassau County logged a 10 percent increase, while New York City was around seven percent higher.

The National Domestic Violence Hotline (NDVH) currently receives around 2,000 calls per day, and to date that number remains relatively steady — but the reasons why may be more complex.

"At this time, we are not experiencing significant increases in contact volume due to COVID-19, but we wouldn't expect to just yet," said Katie Ray-Jones, NDVH's chief executive officer. "With survivors in such close proximity to their abusers, it can be less safe to reach out for support." 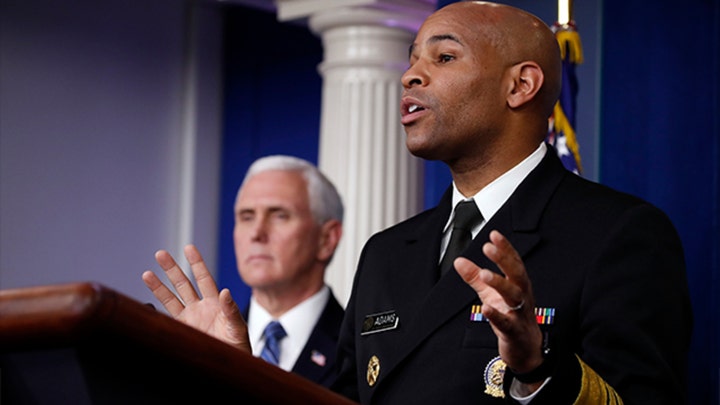 Movement restrictions also mean it is viable that a victim can remove herself or others from a hostile home. The stress brought out by the sudden pandemic – from health and economical stress to isolation, schooling and unemployment – also perpetuates an environment ripe for abuse, experts contend.

"There is a woman I am helping, who, in addition to experiencing the physical abuse that we all think of when we think of domestic violence, experiences a lot of emotional abuse and financial abuse, as well as a lot of manipulation through family court," she explained. "She was supposed to have a hearing to get on Social Security Disability, but that got postponed. That income would be a life-changer, and indeed may be a lifesaver for her. Her family court hearing regarding custody for the children has been postponed. Her children went to school and got therapy there, but now they don't."

For others at risk of exploitation, the stressful circumstances constitute something of a ticking time bomb. While it most impacts women and children, an estimated 10 percent of American males have survived some form of physical or sexual abuse, as per NDVH statistics.

The overwhelming of hospitals and fear of bed shortages also means wounded victims may be turned away, or lead them to fear reaching out for medical help.

Even in states such as Arizona, which has less stringent shelter-in-place orders than many other parts of the country, it's a growing cause for concern. According to Phoenix-based police officer Chris Boughey, there has been a slight uptick in domestic violence calls for service.

"I am guessing such calls will increase the longer this epidemic lasts, and more restrictions being put in place," he surmised. "Most of us think that home is a safe place. For many of these victims, home is the least safe place. Some victims get a reprieve from the abuse when the spouse is at work, or out of the home. If the victim and offender are now being forced to spend extended periods of time together, the likelihood of a violent incident increases."

Children are also especially vulnerable. Francey Hakes – a former DOJ official and the first national coordinator for Child Exploitation Prevention and Interdiction – pointed out that in Fort Worth, Texas, for example, one hospital saw a dramatic increase in severe child physical abuse in just a week of this lockdown period. Tragically, two of the children died of their injuries.

"In Atlanta, just last weekend, 5-year-old Savannah Adams was beaten to death, allegedly by her mother's boyfriend, with whom she had left the little girl while she was working," Hakes continued. "She found her little girl dead in her bed when she got home. Even seasoned police officers found the scene difficult to deal with."

From her professional purview, one of the typical first lines of defense for children are teachers, counselors and friends.

"With schools out and visits to friends prohibited, who is there to notice the signposts of abuse, like bruises in various stages of healing, and intervene to protect these vulnerable children? There is nobody," she lamented.

In addition, the FBI late last month delivered a dire warning about the increased risk of child exploitation online during a time when schools are closed and "children will potentially have an increased online presence and/or be in a position that puts them at an inadvertent risk."

A woman jogs in Brooklyn's Fort Greeene park, Sunday, April 5, 2020, beneath a sign demonstrating the distance people should keep from each other during the coronavirus outbreak in New York. (AP Photo/Kathy Willens)

"Due to this newly developing environment, the FBI is seeking to warn parents, educators, caregivers, and children about the dangers of online sexual exploitation and signs of child abuse," the bureau wrote in a March 23 memo. "Online sexual exploitation comes in many forms. Individuals may coerce victims into providing sexually explicit images or videos of themselves, often in compliance with offenders' threats to post the images publicly or send the images to victims' friends and family. Other offenders may make casual contact with children online, gain their trust, and introduce sexual conversation that increases in egregiousness over time."

Social distancing mandates put in place across most of the country's jurisdictions also make providing a safe haven for women and children extremely challenging. In many cases, shelters are battling merely to remain open amid staff cuts, "non-essential" businesses shuttering, and volunteers being forced to stay home with their own families and out-of-school children.

And then there is the grim drop in funding, as nonprofits and philanthropic causes across the country struggle to stay afloat at a time when unemployment is skyrocketing, and the economy has crippled. Furthermore, the coronavirus pandemic through an ill-prepared prison and jail system across the country has also led to the early release of thousands of inmates.

For many abuse survivors, this is something of a death sentence all over again.

"Survivors are experiencing triggers from memories of being trapped, and this has heightened anxiety and depression for them," explained Allyson Hottinger, a domestic violence survivor and board member of advocacy group the Tina Stewart Foundation. "A lot of survivors have had court canceled, and in some cases, without court, this has put survivors at an even greater risk of being harmed. There have been some survivors that have reached out because they are worried about the talk of early release."

The Voice of America reported that such incidences of domestic violence have surged in France and South Africa. In the latter, there were almost 90,000 reports of violence against women in the first week of a lockdown. In Australia, there was a 75 percent spike in searches related to seeking help for domestic violence, according to Google analytics.

United Nations Secretary-General Antonio Guterres issued an urgent call to action on Sunday, in the quest to beat the disturbing worldwide swell, proclaiming that in some countries the number of women reaching out to support services had nearly doubled — at a time when health care providers and law enforcement units are drastically understaffed, and resources remain fragile.

The ongoing crisis has prompted governments and local leaders to seek out new ways of reaching victims and potential victims, in the midst of such unprecedented times. Across swaths of Europe, legislators have fast-tracked new programs. France, for example, is relocating domestic violence victims in otherwise barren hotels and has given them a secret code word to use at pharmacies to obtain the assistance they desperately need.

"For victims and survivors needing support in the U.S., they should call 1-800-799-7233, or if they are unable to speak safely, they can log onto thehotline.org or text LOVEIS to 22522 for digital services," Ray-Jones said. "Some survivors may find our chat and text services safer during this time."