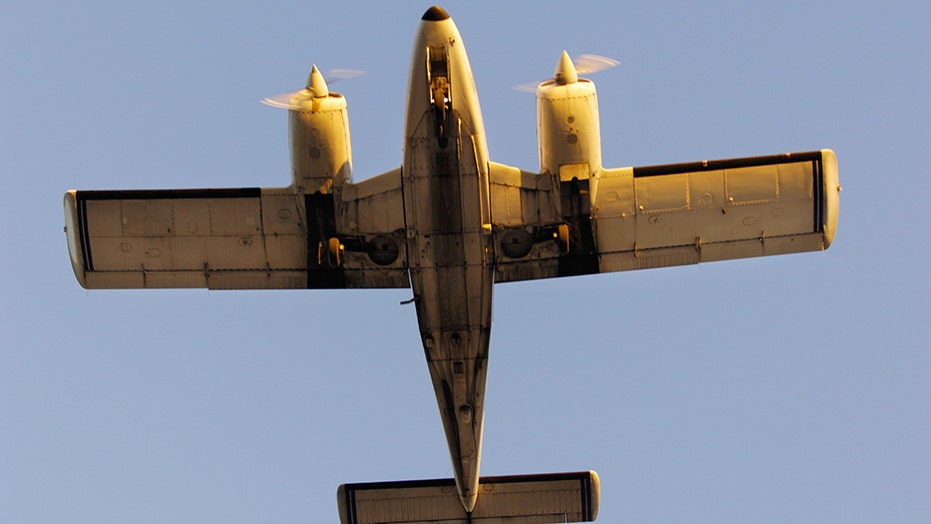 Three people were saved by a random fishing crew after their small plane crashed into the ocean shortly after taking off in the Bahamas.

The Piper PA-34, which carried a pilot and two passengers, went down Thursday onto the Atlantic Ocean, about 20 miles east of Bimini in the Bahamas.

The plane had taken off from Great Harbour Cay Airport in the Bahamas and was flying toward Miami Executive Airport in Florida, officials said.

As the survivors were dealing with the shock and trying to alert the Coast Guard to launch the rescue operation, a group of fishermen made the rescue instead.

“We were about 25 miles from Cat Cay on our way to Great Harbour, when we came across the life raft with three guys in it,” Tim Hampson, one of the fishermen, told ABC News. “And we pulled up to them, asked what was up, and they were like, 'We just scratched our airplane like an hour ago.'”

“No one was hurt, they were just all in a little bit of shock,” he added. “One gentleman was 80 years old, which gave us some concern, but he was a real trooper — probably the toughest one of the group, for sure.”

The Bahamas Air Accident Investigation Department is working to determine what caused the crash. The Federal Aviation Administration and National Transportation Safety Board will be assisting in the investigation.

A Piper PA-34 like this one was the one involved in the accident.<br data-cke-eol="1"> (Getty)

The fishermen told the outlet that they took the three rescued people to Cat Cay in the Bahamas.

“It was a gift from God for sure,” Hampson said, noting that he could have missed the survivors and the waves could have hit them. “And things can go wrong really quickly, and lucky for them that it didn't, for sure.”