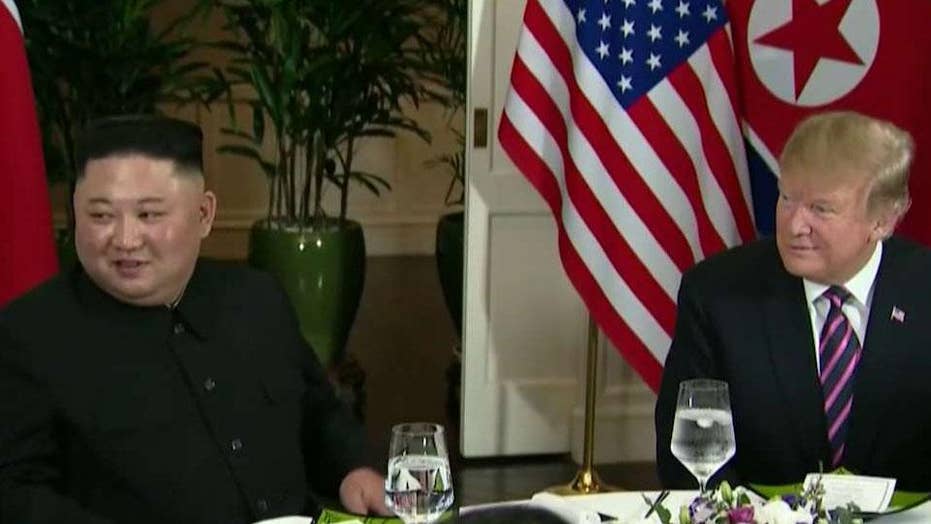 North and South Koreans have all eyes on summit in Vietnam

Dennis Rodman apparently see big things on the horizon for President Trump as far as North Korea is concerned.

The former NBA player, who is pals with North Korean leader Kim Jong Un, shared a letter he addressed to the president on Wednesday, in which he offered his “forever support.”

TRUMP, KIM JONG UN’S SUMMIT IN VIETNAM: WHAT TO EXPECT FROM THE LEADERS’ SECOND MEETING

Rodman’s tweet comes as Trump is in Hanoi, Vietnam with Kim for their second summit. The two world leaders were expected to dive into nuclear negotiations during their meeting.

“You are on the cusp of a big, beautiful deal,” Rodman wrote. “One that would make you the front runner for a Nobel Peace Prize without question.”

Acknowledging himself as an “Ambassador of Goodwill to North Korea,” Rodman -- who has appeared twice on "Celebrity Apprentice" -- noted his relationship with the dictator and urged Trump to use that “for our Nation’s benefit.” 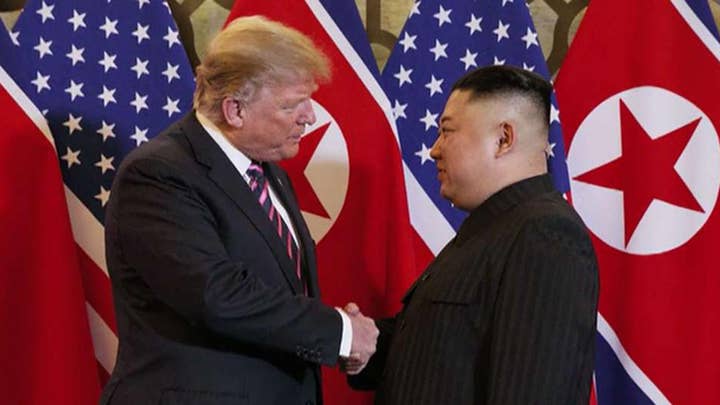 “I look forward to talking after this next summit ends,” Rodman wrote. “We have a lot of work to do, but with your diverse team, amazing global contacts and willingness to think outside the box, we can have peace on the Korean Peninsula. We really can.”

The visit to Vietnam follows last year’s historic summit between Trump and Kim in Singapore, where the pair signed a document promising to work toward “complete denuclearization of the Korean peninsula.”

In addition to his appearances on “Celebrity Apprentice,” Rodman gave a copy of Trump’s “Art of the Deal” to the North Korean sports minister during a visit to Pyongyang last June.

Fox News’ Gregg Re and Kaitlyn Schallhorn contributed to this report.