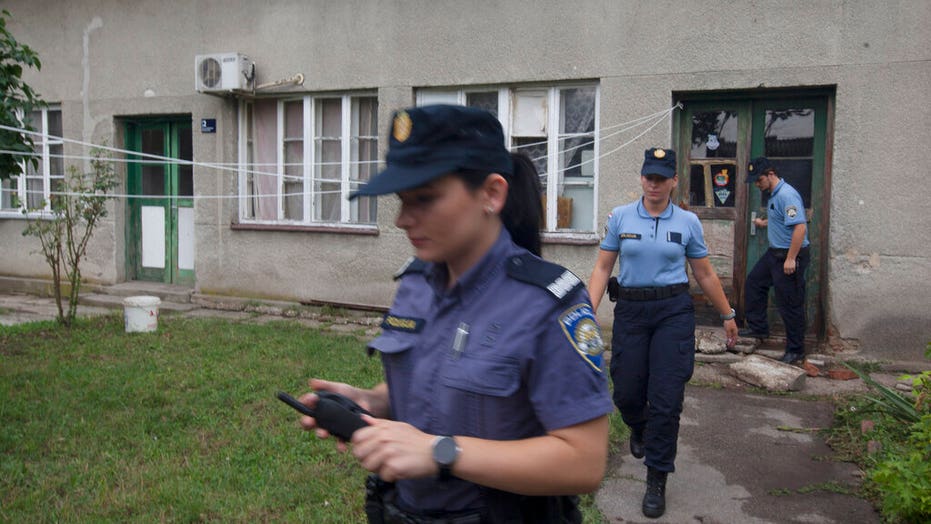 A man shot dead six people, including a 10-year-old child, in the capital Zagreb, before killing himself, in what Croatian police identified Friday as domestic violence.

Police found the bodies late Thursday in a quiet neighborhood in Zagreb. In addition to the child, two men and three women were killed. A 7-month old baby was found unharmed.

The man suspected of the killings was subsequently chased and large parts of the Croatian capital sealed off, police added. He took his own life early Friday as he was about to be caught.

Croatian media reported that the suspect's ex-wife and her partner were among the victims.

Head of Zagreb police Marko Rasic identified the suspect as a 36-year-old taxi driver who had a child with one of the victims, the unharmed baby. He said the man had no criminal record and no incidents of domestic violence had previously been reported in connection with the family.

Police leave the house where a suspect killed six people, including a ten-year-old child, before committing suicide, in Zagreb, Croatia, Friday, Aug. 2, 2019. (AP)

"We haven't so far established a motive, a criminal investigation is underway," Rasic said.

He said that after the car chase, "we asked him to surrender and he came out of the car and committed suicide."

Police found the bodies late Thursday in a quiet neighborhood in Zagreb. In addition to the child, two men and three women were killed. A 7-month old baby was found unharmed.<br data-cke-eol="1"> (AP)

Zagreb mayor, Milan Bandic, described the attack as an "isolated incident" and a "domestic violence case" as he sought to reassure the residents in the capital.

"There is no sign of any organized unrest or terror threat," Bandic said in a televised statement. "Security is written in Zagreb with capital letters."

Such crimes are very rare in the generally quiet and safe Croatian capital.